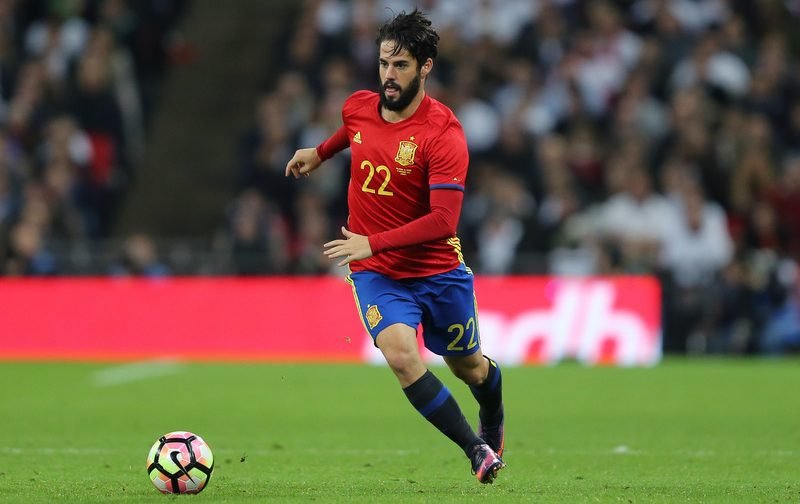 Arsenal, Chelsea and Manchester City have all reportedly contacted the father of Spain international ace Isco, according to Diario Gol (via The Sun).

The Premier League trio, who currently sit second, first and fourth in the English top-flight standings after their opening 14 league fixtures, have all been linked with a move for the Real Madrid midfielder during the forthcoming January transfer window.

The 24-year-old, who has 17 international caps for his country, has scored two goals and provided three assists in 15 appearances in all competitions for the La Liga giants so far this season.

Isco, who scored for Spain against England last month in an international friendly at Wembley Stadium, is still alerting an array of Premier League clubs, despite working his way into Zinedine Zidane’s first-team plans at the Bernabeu this term.

The report suggests that the Gunners, the Blues and the Citizens have already made contact with Paco Alarcon, the player’s father, about a possible swoop for the Spaniard in the New Year, whose current contract at Madrid expires in the summer of 2018.