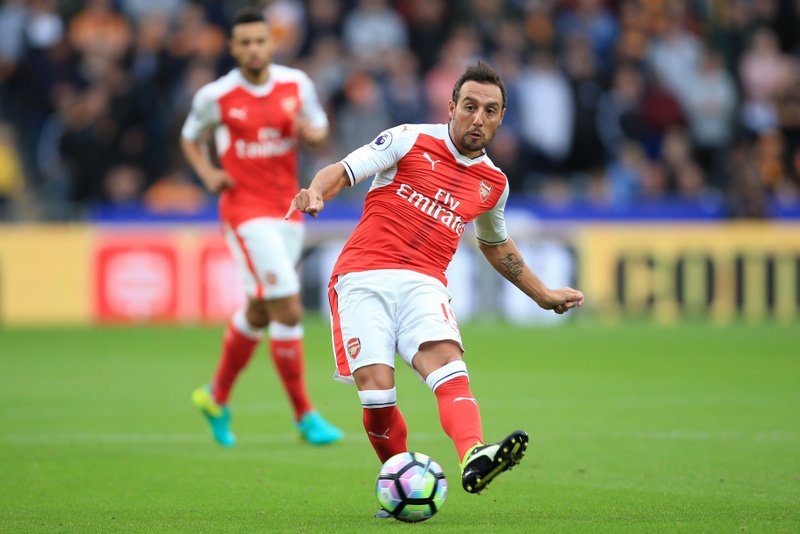 Arsenal have triggered the one year extension option in Santi Cazorla’s contract.

The Spaniard’s deal was due to expire at the end of this season, but The Express report that the paymaker will continue in North London for at least a further 12 months.

Cazorla has been sidelined with a long term achilles injury. The 32 year-old has been absent since October, and after suffering a set back earlier in the month, he is not expected to return to action for about a month.

“I hope he will be back this season because once you are out, you have to count six weeks preparation to get back. At the moment he is not at that level.

“Let’s hope he can come back in the next three or four weeks on the pitch.”

The news follows a similar deal for veteran defender Per Mertesacker, who had his contract extended to 2018 earlier this week.

Cazorla has made 129 Premier League appearances for the Gunners since his £15m move from Malaga in the summer of 2012.