Arsenal eyeing up the signing of FC Barcelona midfielder in January 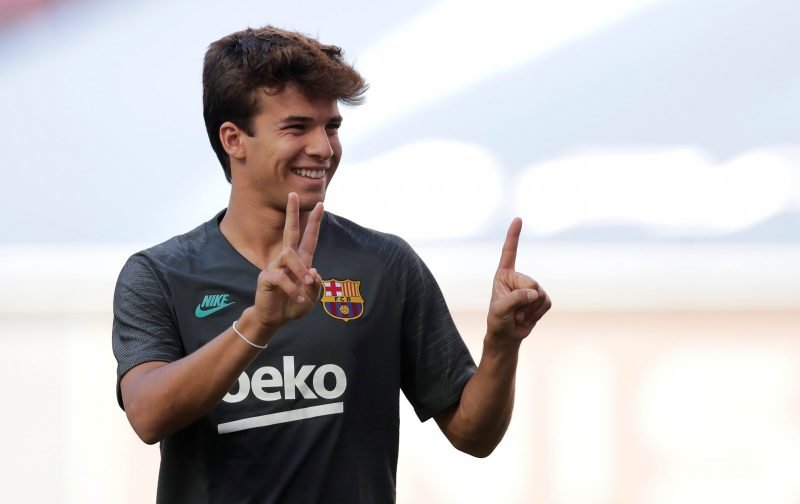 Arsenal produced a big performance to secure an even bigger win on Boxing Day as they defeated Chelsea 3-1 at the Emirates.

The victory – a first in eight Premier League games – temporally lifts the pressure on the Gunners ahead of Tuesday’s trip to fellow strugglers Brighton.

Mikel Arteta will now have his eye on putting together a run of results to take his side up the table.

As well as that, the Spaniard will also be well aware that the January transfer window opens next week.

Supporters will be calling out for new signings at the turn of the year to help a squad which has struggled this season.

And, according to The Athletic, one player the Gunners fans could potentially be watching soon is Barcelona’s Riqui Puig.

Puig is highly-rated but has not had a lot of first-team action this season.

It’s claimed that Arteta is keen to bring in a creative midfielder and, after allegedly falling out with Barca boss Ronald Koeman, Puig could be available on loan next month.

Arsenal have reportedly watched the 21-year-old on numerous occasions in the past but the Spain Under-21 international has also been linked with a switch to Leeds United.

Puig made 12 appearances for Barcelona’s first-team last season but has made just four this term.

Due to a lack of senior minutes, it’s unknown whether the youngster has the quality to come in and make an immediate impact in the Premier League.

However, with a current lack of creativity which has seen the Gunners score just 15 top-flight goals in as many matches, a relatively risk-free loan move Puig could be worth a shot.