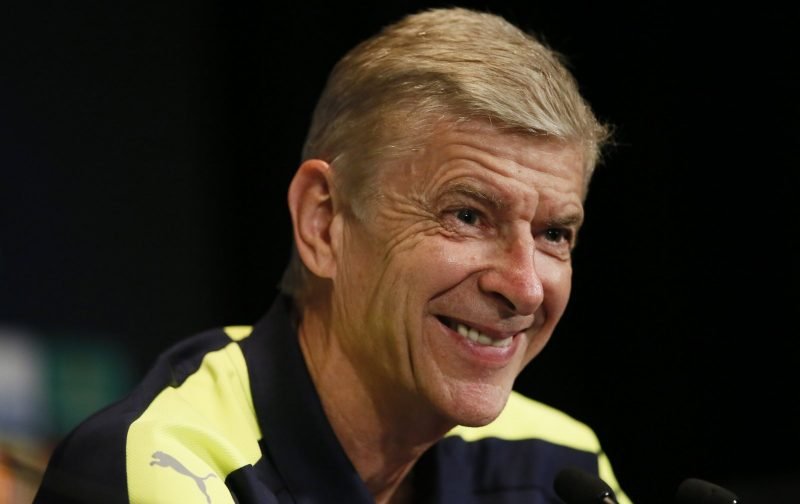 Arsenal take on Manchester City in the second FA Cup semi-final at Wembley this afternoon (3pm kick-off), with both sides looking to book their spot against Chelsea in the showpiece.

Antonio Conte’s Blues beat in-form Tottenham 4-2 at the home of English football on Saturday to reach the final for the first time since 2012, and both Arsene Wenger and Pep Guardiola will be hoping that their sides can take a step closer to their first piece of silverware of the season with victory this afternoon.

Both men are under pressure to deliver a trophy following frustrating Premier League campaigns, which sees City third in the table after failing to sustain a title challenge, and the Gunners seventh and in serious danger of missing out on a top four finish for the first time since Wenger took over in 1996.

And the announcement of the team news earlier on this afternoon has stimulated quite the response from Arsenal fans on social media, as Wenger has opted for the back three that he first utilised in the 2-1 win over Middlesbrough on Monday night.

Wenger is committing to the three at the back then. Personally didn't like it against Boro but will happily be shown wrong today! #FACup

Three at the back again. I'm genuinely stunned. Middlesbrough had so many chances against us. This could be apocalyptic attack vs defence

Three at the back against City when we barely beat Middlesborough with it… Sound. #AFCvMCFC #Arsenal #COYG

And many fans were surprised to see Theo Walcott omitted from the starting eleven, despite netting 19 goals in all competitions for the North London side this term…

Walcott should have been the first name on the team sheet, man for the big occasions.