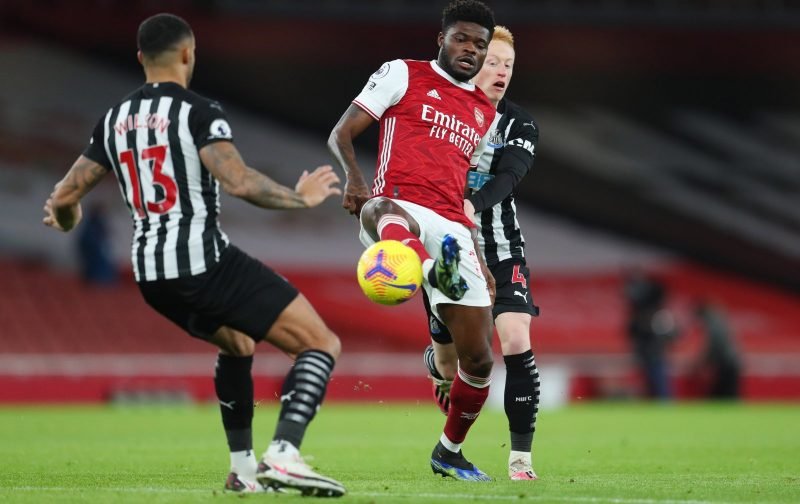 Just when things appeared to be turning around, Aston Villa sent Arsenal into yet another spin.

It was Dean Smith’s side who lit the fuse for Arsenal’s dreadful five defeats in seven matches between November and December with a ruthless 3-0 victory at the Emirates, and they came back to haunt the Gunners by pouring cold water over Mikel Arteta’s side’s recent recovery.

Oli Watkins early goal was enough to secure back to back victories over the Gunners this season and as well as confounding Arsenal to a second consecutive defeat in the Midlands in the space of four days.

Their recent revival was halted with a 2-1 away defeat to Wolves on Tuesday night, but with David Luiz being sent off for an unfortunate last man collision with Willian Jose, and a wonder-goal from Joao Moutinho proving to be the winner, it seemed more like a blip than a disaster for the Gunners.

However, it is now two defeats and a draw from their last three matches and any hope for a European place is slipping fast.

Their cause has certainly not been helped with the unfortunate loss of Thomas Partey to injury at Villa Park. 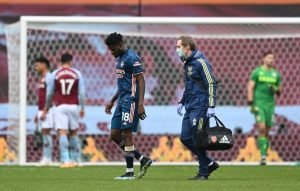 The midfielder had to leave the pitch prematurely

The Ghanaian has been immense for the Gunners since signing in the summer, but has had limited game time due to injuries which also saw him kimp off in the North London Derby against Spurs in December.

Arteta was forced to substitute Partey again on Saturday after the former Atletico Madrid man pulled up and started limping in the second half.

Following the defeat, the Spaniard confirmed the midfielder was suffering with a muscle injury and he is unsure as to its extent.

“He had a muscular injury, so we had to take him off,” Arteta said to the official Arsenal Website.

“He could not carry on playing.

“We will see the extent of the injury.

“He wasn’t feeling well enough to continue playing so we had to take him off.”

Both Arteta and Arsenal fans will hope that the extent of the injury isn’t too bad as they will need Partey if they are to have the best possible second half of what has been a disappointing season so far.