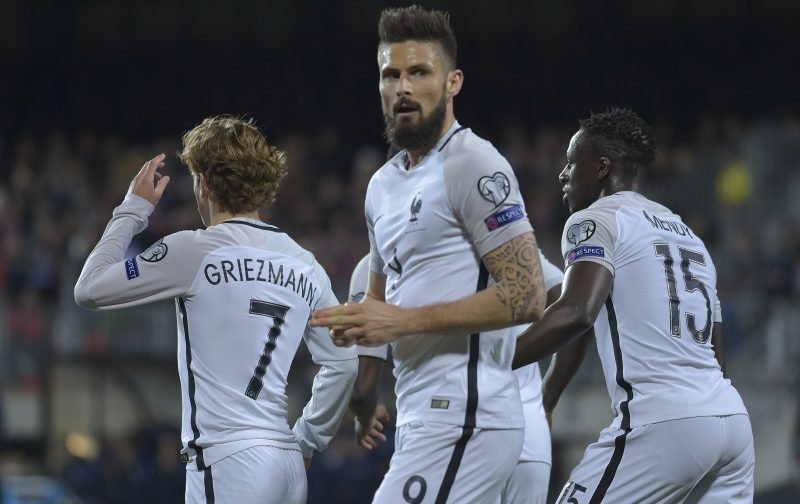 One of the main criticisms of Arsene Wenger, in a season which has seen the Arsenal boss roundly ridiculed, is that he doesn’t know his best side when it comes to the Gunners starting eleven.

Who should start up front for the north Londners has been one particular problem he still can’t seem to fix and with Olivier Giroud not guaranteed a first team place the striker’s brace against Luxembourg had many fans calling for him to be starter for his club.

Although two goals against the European minnows is hardly cause for too much hyperbole, it’s worth noting that many of Arsenal’s strikers have question marks over them this season and some fans think Giroud, given regular chances. may the perfect man to lead the line.

With Danny Welbeck’s fitness a concern and Theo Walcott still suffering from issues around his form, not to mention Alexis Sanchez not quite fitting the out and out striker role, Giroud could be the answer to Arsene’s problems and following France’s 3-1 win away many Gunners seem to think so.

It’s amazing how much more Giroud flourishes when the fullbacks/wingers cross the ball in for him to attack, I mean who’d of thought?#AFC pic.twitter.com/Kp4rloquzQ

Giroud proving that he’s a danger when teams play to his strengths, looks a different player for France with Mendy/Sidibé supplying #AFC

Maybe Giroud should start up front for Arsenal every week? Just a thought.

Olivier Giroud. I keep telling people that he’s quality, but no. They trust Wenger instead.

I don’t think Giroud will ever be world class but he deserves more respect, the guy is just six goals away from 100 for Arsenal. #afc