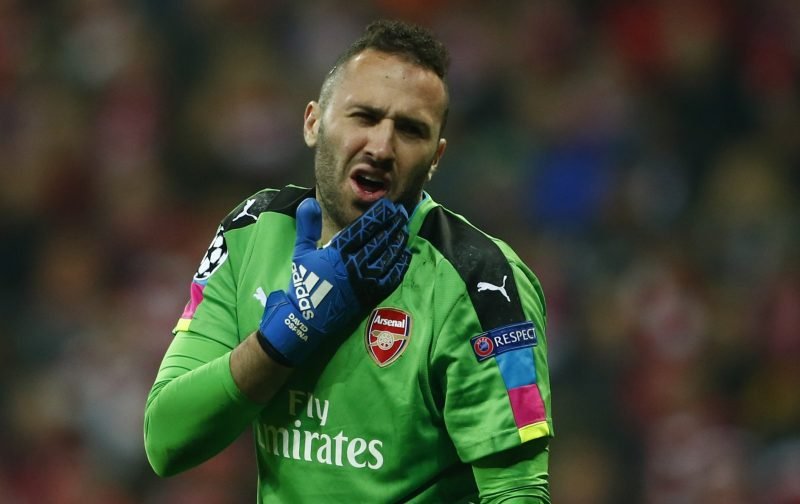 Arsenal goalkeeper David Ospina looks set to quit the club this summer and move to Turkish giants Fenerbahce, according to Turkish news outlet Milliyet (via The Sun).

The Colombian international moved to the Emirates Stadium back in 2014 after six successful seasons at French side Nice, but he has been unable to dethrone Petr Cech of the number one jersey in North London.

The 28-year-old has made just 24 Premier League appearances during his time with the club – instead he has been Arsene Wenger’s first choice in their European ventures over the last few years, playing 14 times as Arsenal’s miserable Champions League record continued this time around.

And now it looks like he is going to end his time in the English capital by moving to Fenerbahce in the summer, a move the man himself would welcome.

He said: ‘Istanbul may be a new adventure and motivation for me.

‘If my club are persuaded, it’s okay for me.’

This news comes as Ospina has appeared in recent Premier League games for Arsenal, given that he came on as a substitute for the injured Petr Cech away at West Brom prior to the international break, and then played the full 90 minutes in their 2-2 draw with Manchester City last weekend.

However, he himself has also picked up a knock so didn’t play against West Ham on Wednesday, and it remains to be seen whether he returns to the side in favour of Emiliano Martinez at Crystal Palace on Monday.

Nonetheless, what does seem clear is that Ospina is not overly happy at Arsenal, which makes a summer move away from the club highly likely.