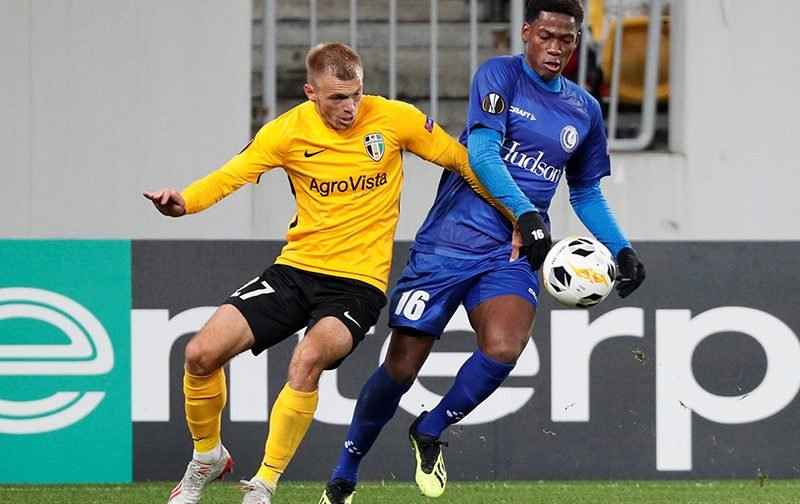 Arsenal are in the race to sign Gent striker Jonathan David, according to reports.

The 20-year-old has scored 21 goals and registered 10 assists in 25 appearances in an impressive season for the Belgian side.

Jeunes Footeaux report that David’s prolific form has attracted interest from Arsenal, who are expected to compete for his signature.

Mikel Arteta is aiming to rebuild the North London side and will be wary that both Pierre-Emerick Aubameyang and Alexandre Lacazette’s contracts are running down.

Arteta has lost just one of his 10 matches in charge at Arsenal.

This has forced the Spaniard to look at other attacking options, with David seemingly a potential target.

However, it’s claimed that Lyon are set to make an offer and that there is interest from fellow Premier League clubs Leicester City and Everton, plus RB Leipzig, Napoli and Lazio.

David also boasts an impressive goalscoring record at international level where he has notched 11 times in 12 matches for Canada.