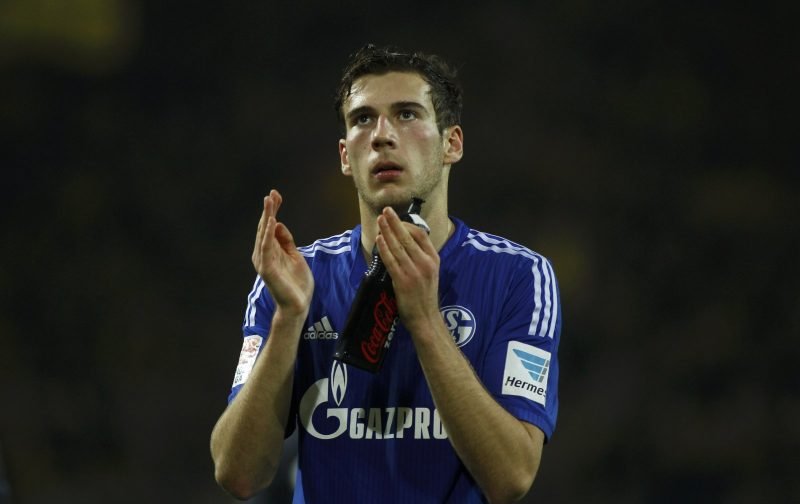 Arsenal have joined North London rivals Tottenham in the race for Schalke’s highly-rated midfielder Leon Goretzka, according to The Mirror.

The 22-year-old Germany international moved to the Bundesliga side all the way back in 2013, and has since then played over 100 times for the club, including 31 appearances in all competitions this term.

His impressive form in the Schalke midfield over the last few years has seen him earn three caps at senior level for Germany, and he also captained the side in the 2016 Rio Olympics, only to suffer injury in their first game against Mexico.

And with two goals and an assist in his last four games for Schalke, he is a man in demand, and has reportedly rejected a new contract at the German outfit, leaving him with just over a year left on his current one.

That could lead to the Bundesliga side, who currently sit ninth the division, selling Goretzka this summer as opposed to letting him go on a free in 2019, and that may be good news for Arsenal and manager Arsene Wenger.

The Frenchman is reportedly planning a huge summer overhaul of his side after seeing them fall to sixth place in the Premier League and get knocked out of the Champions League at the last 16 stage again, and 22-year-old Goretzka is one name on his wishlist.

However, the Gunners boss looks set to face stiff competition from North London rivals Tottenham, who are also monitoring Goretzka’s situation at Schalke ahead of a potential move this summer.

Spurs look set to be able to offer the Germany star Champions League next season, given that they are seven points clear of Manchester United in fifth, and that makes it even more imperative that Arsenal are able to record a 21st successive top four finish this term.