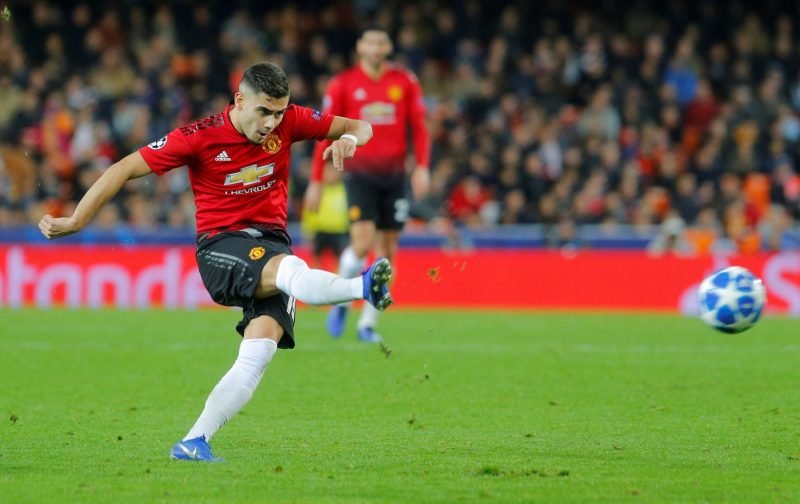 Arsenal have their sights set on Manchester United’s Andreas Pereira as they look to bolster their squad during the January transfer window.

According to reports in UOL, the Brazilian has received offers from the Gunners, plus fellow Premier League duo Everton and West Ham United.

As the North London outfit continue their push for a top-four finish in their first season under new manager Unai Emery, they are looking to add the highly-rated 23-year-old to their already young squad.

Pereira’s contract is due to expire at the end of the season and he has received minimal playing time, appearing only seven times this season.

Some predicted the appointment of Ole Gunnar Solskjaer would see the playmaker receive his chance, but it has yet to come, sparking claims he could leave in January rather than the end of the campaign.

With Aaron Ramsey leaving Arsenal at the end of the season there is space for another player to fit right into Emery’s midfield ranks.

And with Pereira having the ability to play on either wing or through the middle, he could prove a valuable member of the squad.