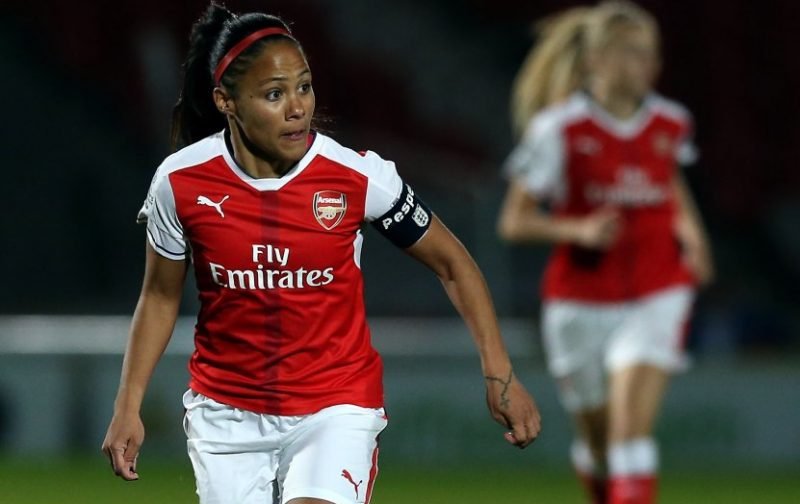 Arsenal defender Alex Scott says her and the players ‘can’t wait’ for the start of the Women’s Super League 1 Spring Series, which gets underway this weekend.

The initiative, which sees the ten teams in the Women’s Super League 1 take on each other once between now and the start of June (the WSL 2 campaign has already begun), has been brought in as a result of a change in the scheduling of the Super League, which has now become a winter league and will start in September.

And Gunners defender Scott, who has been included in Mark Sampson’s 23-strong England squad for the European Championships this summer, is looking forward to getting back out on the pitch.

She said: ‘It feels like we’ve been in pre-season for a long time.

‘The players can’t wait for the spring season just to get started and the games will come around thick and fast.

The Gunners were due to open their Spring Series campaign against Notts County on Sunday, although the Nottingham club have unfortunately been forced into liquidation today.

It means that Scott and her Arsenal teammates will have to wait another week for their opening match when they travel to Sunderland on April 30 (2pm kick-off).

The FA WSL Spring Series kicks off this weekend. For more info on how you can get tickets, or watch the action from home, visit www.fawsl.com