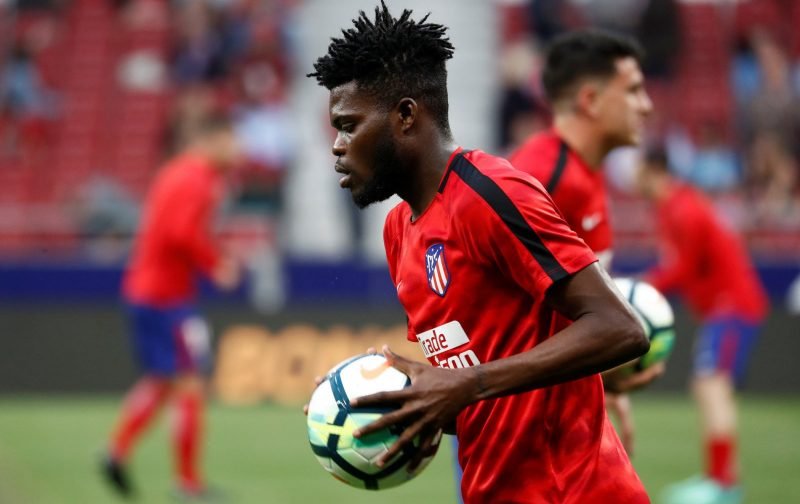 Arsenal are lining up a move for Atletico Madrid’s Thomas Partey to replace the outgoing Aaron Ramsey, according to The Sun.

The 25-year-old played in both legs of Atleti’s Europa League semi-final victory against the Gunners last season.

After making 50 appearances in all competitions throughout the 2017/18 campaign, the Ghana international has been limited to just two La Liga starts so far this term.

And game time could become even harder to come by for the midfielder with the Spanish side planning to sign Juventus’ Rodrigo Bentancur.

With Aaron Ramsey set to leave the Emirates when his contract expires next summer, Unai Emery sees a place in his evolving side for the ex-Mallorca loan star.

However, the north Londoners will have to fend off competition from Paris Saint-Germain, whose boss Thomas Tuchel is a long-term admirer of the player.

Partey has represented his country 17 times and has made 106 appearances for Atletico.