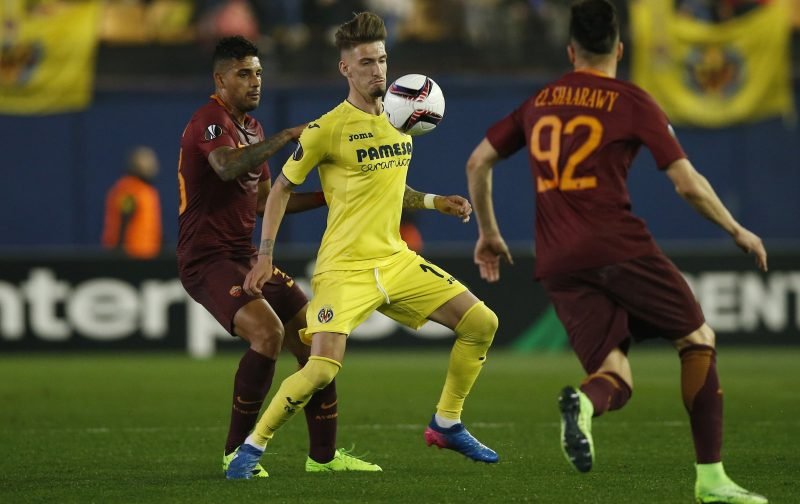 Arsenal, Manchester City, and Manchester United are in the race for Villarreal winger Samu Castillejo, according to Italian media outlet Il Mattino (via The Daily Star).

The 22-year-old has netted three goals and laid on five assists for the Spanish side this term, with his latest goal coming in Villarreal’s 1-0 win at Real Sociedad back on February 19.

Since then, the Spanish Under-21 international has been in and out of Fran Escriba’s side, yet his undoubted potential is attracting interest from several top clubs around Europe, notably the Premier League trio of Arsenal, City, and United, as well as Italian side Napoli.

Gunners boss Arsene Wenger looks set to stay at the Emirates and could include Castillejo as part of his reported summer overhaul, especially if both Mesut Ozil and Alexis Sanchez leave the club in the off season, while both Pep Guardiola and Jose Mourinho will look to bolster their attacking options ahead of a sustained Premier League title challenge next season.

However, Villarreal will reportedly hold out for £35 million for the youngster’s services, yet given his fine form this term for the La Liga side, who currently sit fifth in the Spanish top tier, that could turn out to be money well-spent.

Castillejo is clearly a very talented attacker, and one who could sparkle in the Premier League for many years to come.