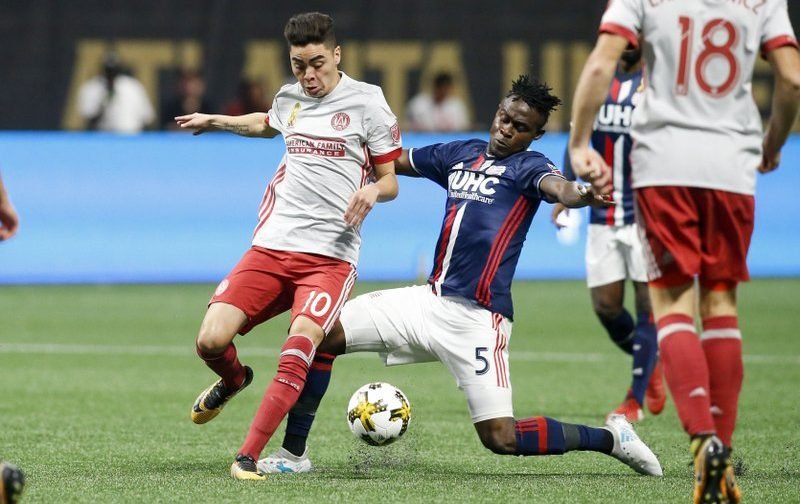 Arsenal are reportedly interested in signing Paraguay international star Miguel Almiron, according to the Daily Mail.

The Premier League side, who visit Watford on Saturday afternoon upon the top-flight’s return this weekend, have been linked with the Atlanta United midfielder ahead of the forthcoming January transfer window.

The 23-year-old, who has 12 international caps for his country, has scored nine goals and provided eight assists in 30 appearances in all competitions for the Major League Soccer outfit this season.

Almiron, who only joined the American side for £10m from Argentine club Lanus back in December 2016, is also said to be a transfer target for Serie A giants Inter Milan.

With the Italian outfit said to be preparing a £18m offer for Almiron in the New Year, the report suggests Gunners boss Arsene Wenger is ready to go head-to-head with Inter in a bid to land the Paraguayan player.