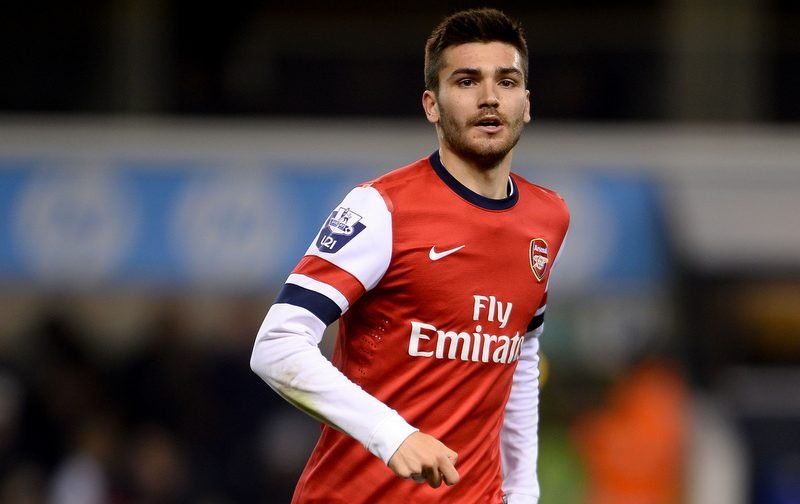 Arsenal have decided to activate a recall option in Jon Toral’s loan agreement with Granada.

The Premier League side, who currently sit fifth in the English top-flight standings following their opening 20 league fixtures, have cut short the midfielder’s season-long loan deal at the La Liga outfit this month.

The 21-year-old, who spent the majority of his youth career with FC Barcelona, scored one goal in six appearances in all competitions for the Spanish outfit this 2016-17 season.

Toral, who has also been shipped out on loan to Championship clubs Brentford and Birmingham City during his Gunners career, could now be set for a move north to Scottish Premiership outfit Rangers.

Granada said in a statement on their website, “Arsenal Football Club have activated the clause option they had in the winter transfer window, to take back Jon Toral following his loan period with Granada CF.

“As such, the player who originally hails from Reus is no longer tied to our club and from today, begins a new football challenge.

“Granada CF wishes to thank the player for his professionalism during his time with our club, defending our colours with the utmost effort.

“We will also fondly remember the superb goal he scored against Osasuna in the Copa del Rey.”