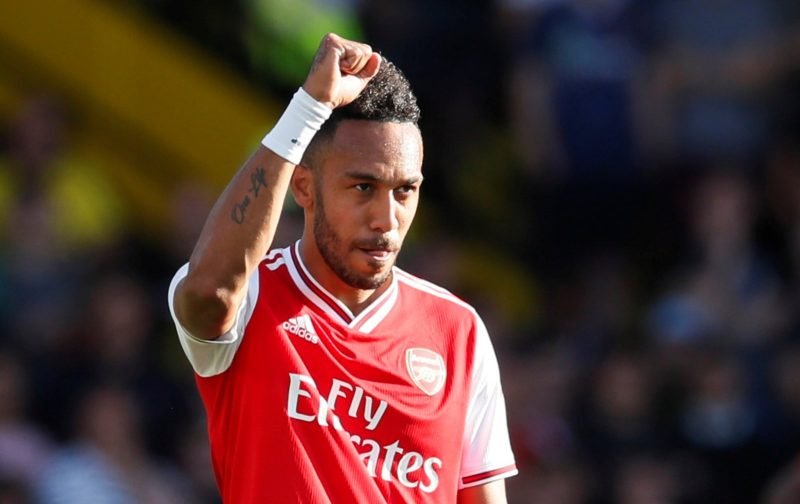 Arsenal played out an entertaining 2-2 draw with Watford at Vicarage Road on Sunday.

Having led 2-0 at half-time due to a brace from prolific striker Pierre-Emerick Aubameyang, the Gunners were outplayed in a frantic second half and, in the end, were left hanging on for a point.

But despite the disappointment at blowing a two-goal lead, the North London side did set a landmark for the 2019/20 season.

Unai Emery’s men strung together 20 passes before Aubameyang slotted home the second goal in the 32nd minute which, according to Opta, is the most passes leading to a goal in the Premier League this term. 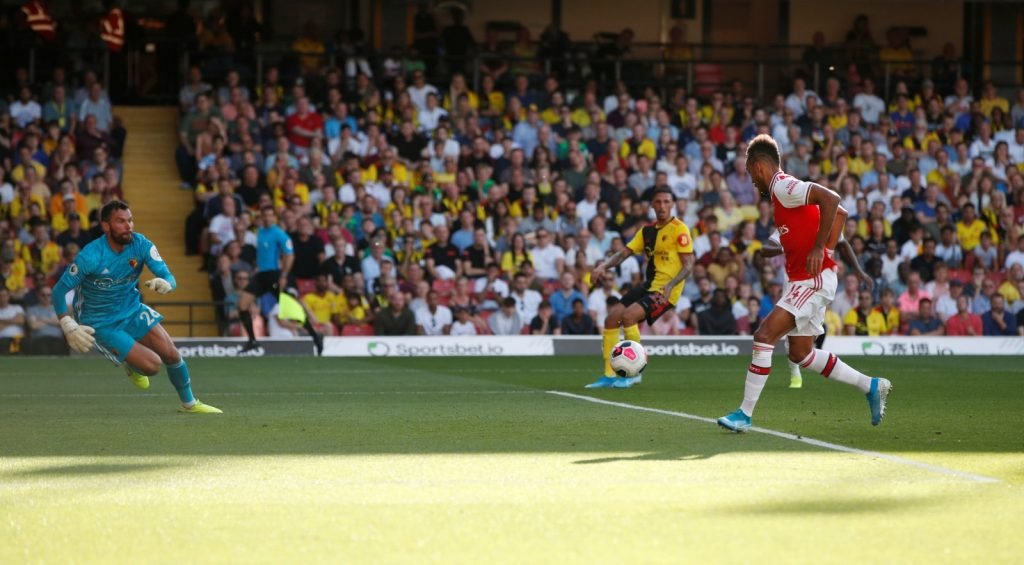 Aubameyang finishes off the 20-pass move.

The draw means Arsenal have picked up just two points from their last three matches after winning the first two, leaving them seventh in the table.

Gabon international, Aubameyang, has now scored five goals in five matches this season and 46 in all since joining the club from Borussia Dortmund in January 2018.

Next up for the Gunners is a tough Europa League trip to Bundesliga side Eintracht Frankfurt on Thursday before welcoming Aston Villa to the Emirates three days later.