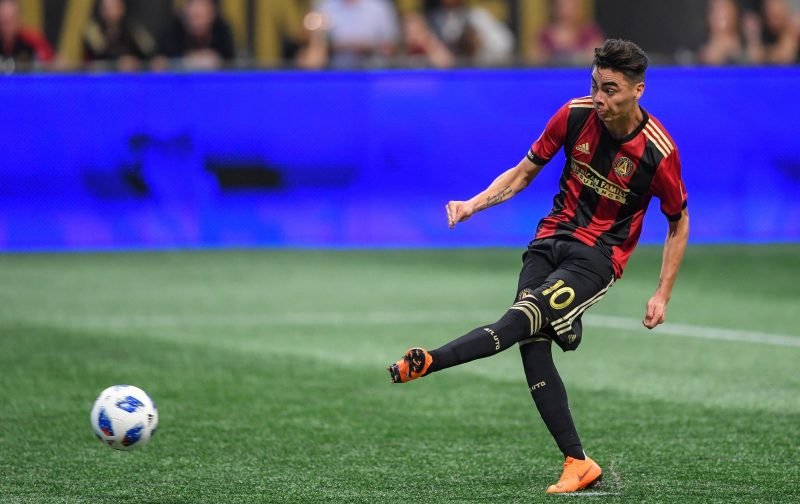 Arsenal will secure the services of Atlanta United forward Miguel Almiron for £15m in January, according to the Mirror.

The 24-year-old has found the net 12 times this season for the side sitting top of the MLS Eastern Conference.

United club president and former Spurs director, Darren Eales, has preciously stated that his prized-asset would move on at the end of this campaign, which finishes in December.

A number of clubs from Europe have been monitoring the highly-rated Paraguay international, and it’s reported that Unai Emery’s Gunners head the queue for his signature.

Almiron, who is expected to return for the play-offs after picking up an injury in Saturday’s 2-1 victory over New England Revolution, has also expressed his desire to move to the Premier League.

“My objective has always been to go to Europe,” he said. “I like the Premier League and I think they play a beautiful and competitive style of soccer.”