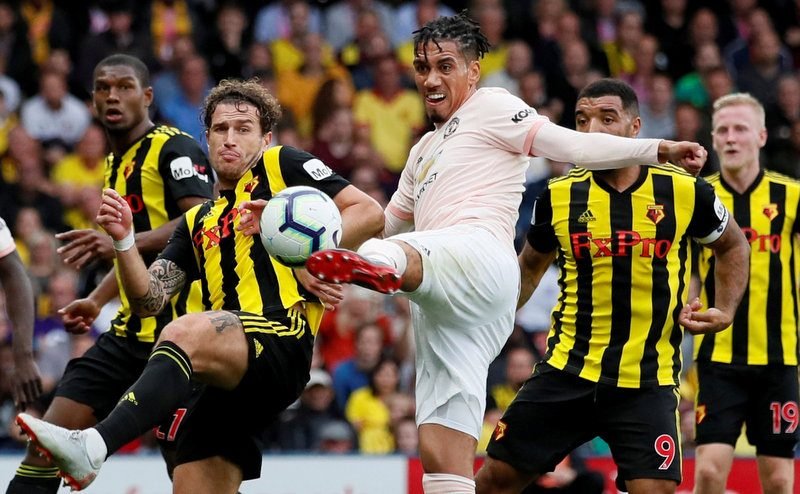 England international defender Chris Smalling is reportedly set to sign a new contract at Manchester United, according to the Daily Star.

The Premier League side, who were held to a 1-1 draw at Old Trafford to the hands of newly promoted Wolverhampton Wanderers on Saturday, have been linked with rewarding their centre-half with a contract extension before the end of the 2018-19 campaign.

The 28-year-old, who has 31 international caps for the Three Lions, but was not included in Gareth Southgate’s 2018 FIFA World Cup squad this summer, has scored one goal in four appearances in all competitions for The Red Devils so far this season.

Smalling, who arrived at The Theatre of Dreams back in 2010 following his reported £10m move from Fulham, has netted 18 goals in 293 games overall for United, winning two Premier League titles, the UEFA Europa League, the FA Cup, the League Cup and three FA Community Shields.

The report claims the centre-back is expected to sign a new deal at United, despite speculation still arising about a potential move away from Old Trafford, with his current contract set to expire in June 2019.

Premier League rivals Arsenal are said to be long-term admirers of the England international, but having started the last five matches under manager Jose Mourinho, Smalling looks set to extend his stay with The Red Devils, although the ‘Special One’ is still said to be in the market to sign a new centre-half.