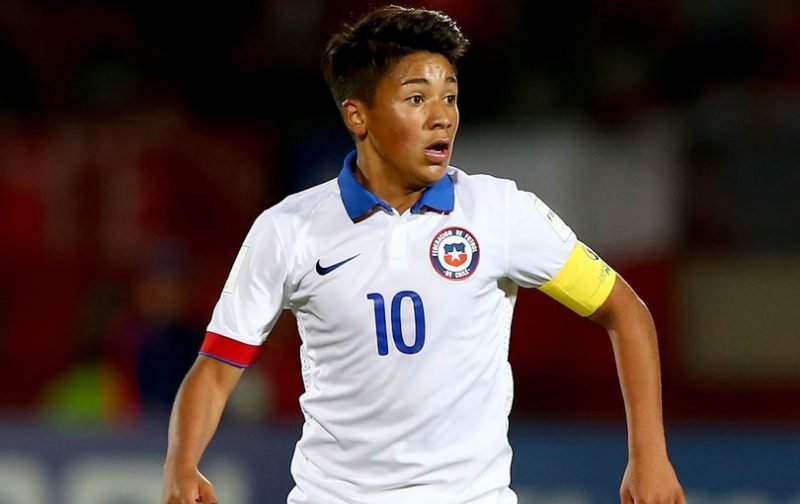 Arsenal have handed a third trial to a Chilean youngster dubbed the ‘next Alexis Sanchez’ according to The Mirror.

17 year-old Marcelo Allende has already enjoyed two spells with the Gunners in 2016 and according to The Mirror Arsene Wenger wants to look at the youngster again.

The attacking midfielder reportedly landed in London yesterday in a bid to follow his countryman Sanchez’s footsteps.

The 17 year-old twice had trials with Arsenal last year  – but several other European clubs are keeping their eyes on the diminutive attacker, including Ukrainian giants Shakhtar Donetsk.

The Chilean’s silky dribbling ability and low centre of gravity are traits that give him a promising future and he has been compared to his countryman Alexis Sanchez.

If Allende does move to Arsenal, it should come as no surprise to Arsenal fans. Arsene Wenger has a track record of buying and developing young talent and many have broken into the first team.