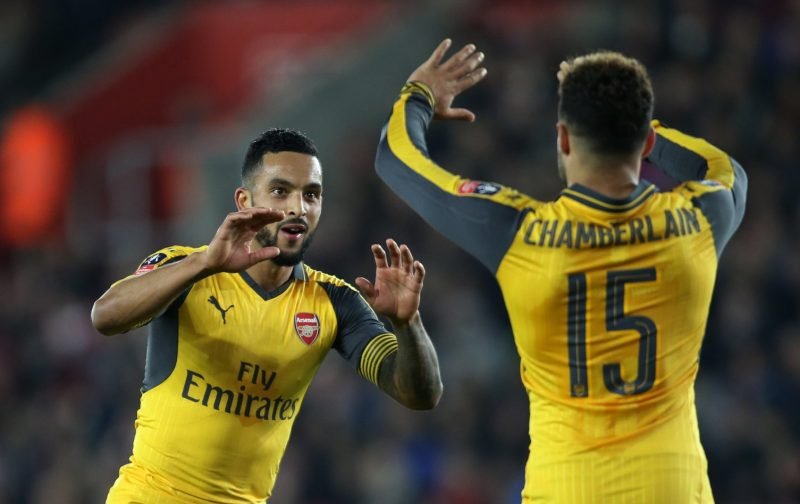 Arsenal are through to the fifth round of the FA Cup after hammering Southampton 5-0 on the south coast in Saturday’s late kick-off.

With Arsene Wenger in the stands the Gunners calmed their manager’s nerves as the returning Danny Welbeck, making his first start since May, opened the scoring on 16 minutes.

A second for the former Manchester United man followed shortly, before Theo Walcott, who returned from a calf strain, went on to grab a hat-trick to put the tie well beyond his former club.

Both managers made a whopping ten changes to their respective elevens, with eight graduates from the Saints academy, including those in the Arsenal XI, on the teamsheets. 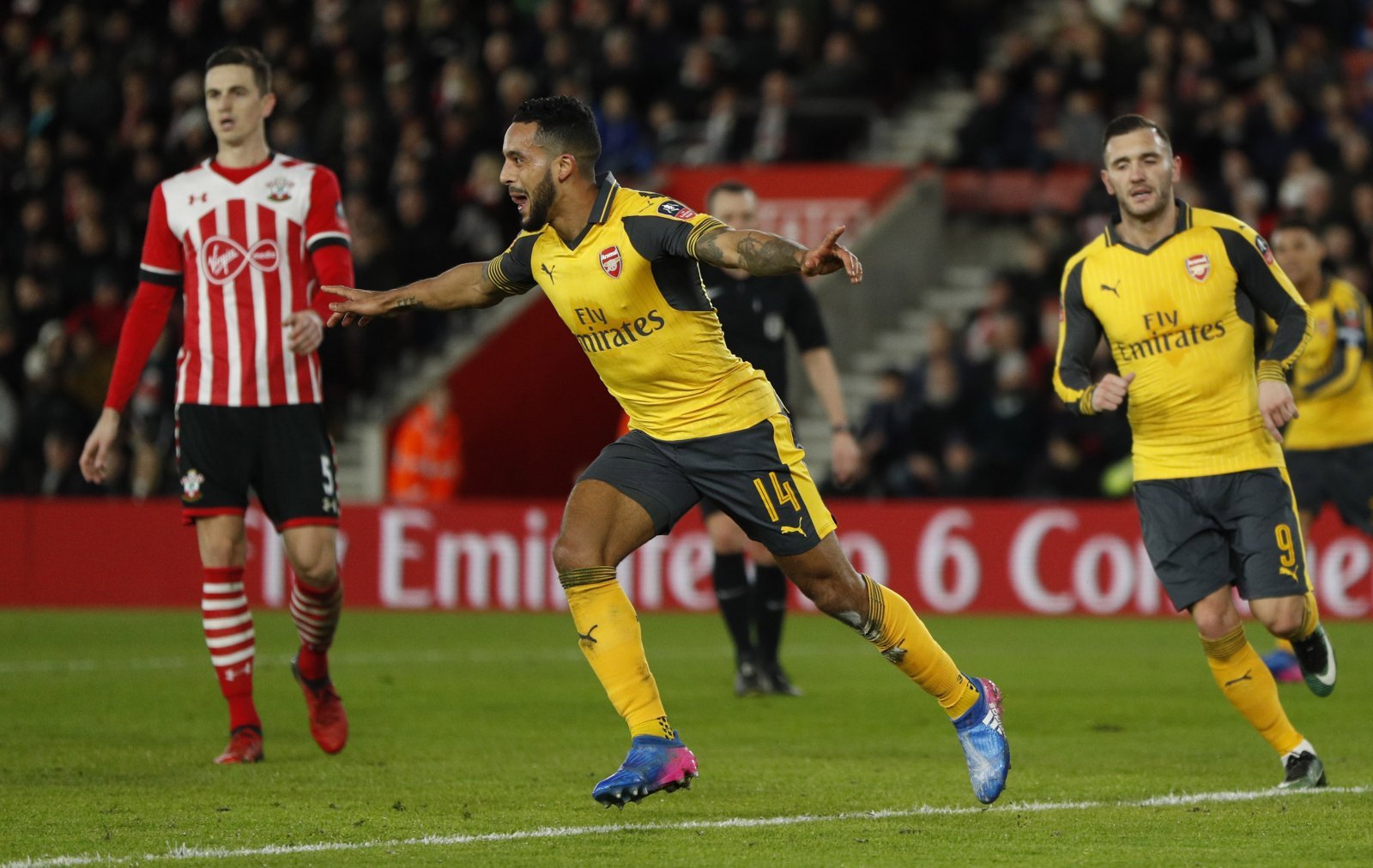 The visitors started stronger and it wasn’t long before they were ahead, with Danny Welbeck clipping a well-timed chip over a helpless Harry Lewis to put Wenger’s side ahead and grab his first goal since April last year.

The Gunners continued to test the newly-formed defensive pairing of Jack Stephens and Florin Gardos, with the Romanian making his first start since January 2015.

Just over five minutes on from his first and Welbeck doubled his, and Arsenal’s, tally for the afternoon as he brought down a long ball from Chamberlain and slid it past Lewis into the bottom corner.

Having gone two down, Puel’s side finally seemed to wake and midfielder was given a golden chance to get his side back into the game when Arsenal ‘keeper David Ospina made a hash of a charge out of his goal, but the Dane fired over.

Minutes later and the EFL hero from Anfield, Shane Long, was through, but watched on as Ospina held his ground and saved well.

Wenger’s side made it three before the break when, after a lapse from the Saints handed the visitors the ball in the final third, Perez found Welbeck who, in turn, squared for Walcott who easily beat Sam McQueen at the far post.

Into the second half and the hosts seemed far more confident as they looked for a way back into the tie.

With his side looking much improved, Claude Puel looked to add some bite to the front line with both Nathan Redmond and Dusan Tadic coming off the bench.

However, with the introduction of Alexis Sanchez, the Gunners picked up a fourth as the Chilean, after a clever run, cut back from the by-line to find Theo Walcott who grabbed his second of the game.

The visitors rounded it off when, on the break, Alexis Sanchez held the ball up and squared for Walcott who picked up his hat-trick with ease.

For Claude Puel it will be a tough one to take, however, no one will be happier than the Frenchman to see that, after Tuesday’s trip to Swansea, the fixture list finally cools.

With Arsenal easily into the hat for the fifth round, here are FIVE things we learned from their fourth round trouncing of Southampton…