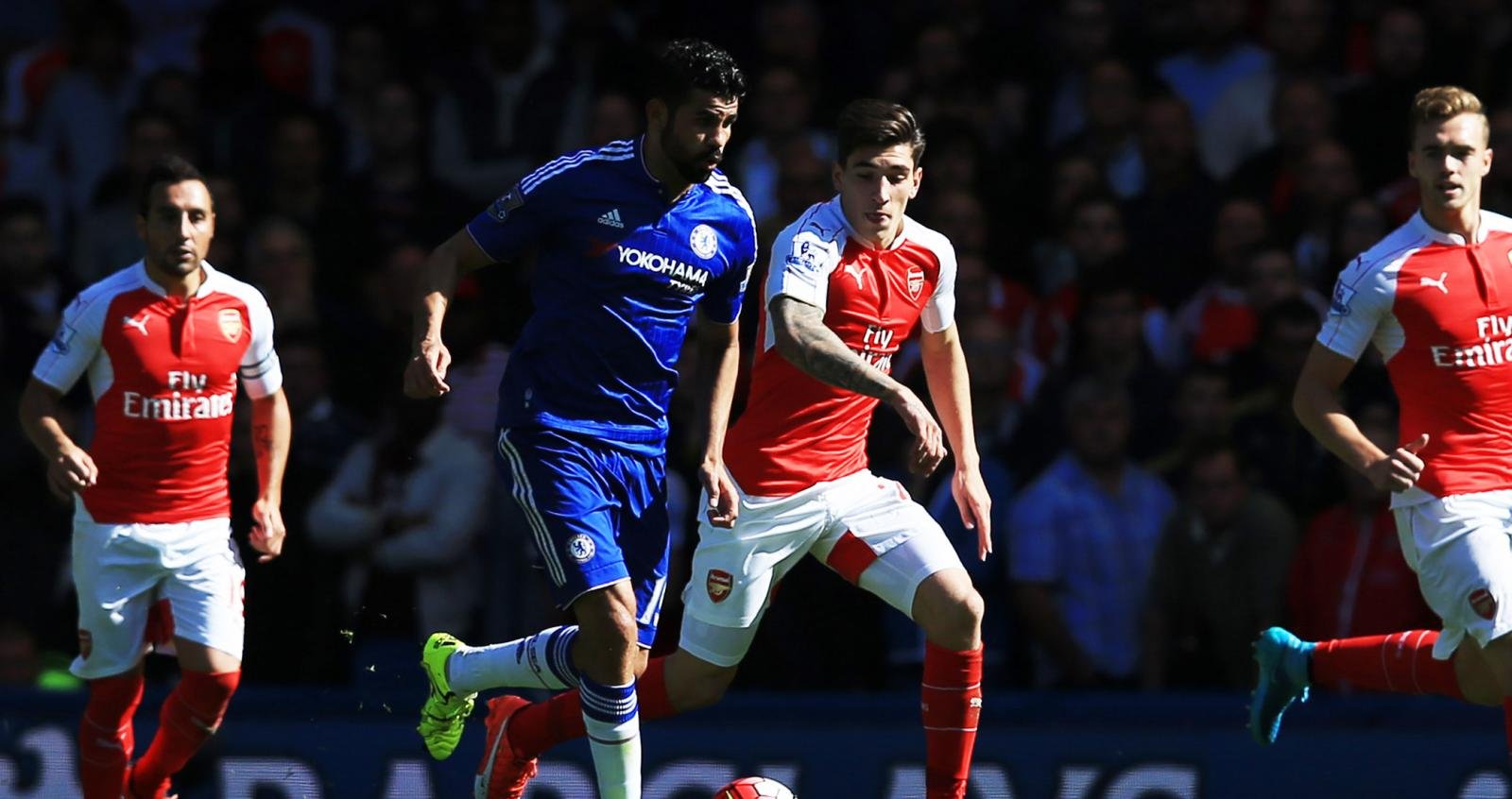 Arsenal take on defending champions Chelsea in a London derby at the Emirates Stadium looking to return to the top of the Premier League table after title rivals Leicester City and Manchester City both won respectively on Saturday.

The Gunners head into this afternoon’s clash (16:00) third in the standings; level on points with the Citizens (44 pts), but three points behind the Foxes after their convincing 3-0 victory over Stoke City yesterday.

Now they return to their home ground where they are undefeated since the opening day, winning seven and drawing two of their nine matches.

The battle between Arsene Wenger and Jose Mourinho usually dominates the headlines in the lead up to matches between these two, but following the Portuguese’s sacking in December, the focus is firmly on the two teams.

Despite the Blues’ demise this season, they still managed to defeat the North London side 2-0 back in September in a match which saw Gabriel Paulista sent off after clashing with Diego Costa, only for the FA to overturn the decision.

That result means the Wenger still hasn’t defeated the ‘Special One’ in a league match, but with Guus Hiddink now in the opposite dugout, coupled with the visitors’ poor away form, the Frenchman will be hopeful of securing another vital three points in his quest to win the title for the first time since 2004.

Chelsea, who are undefeated in six matches in all competitions under the interim Dutchman, have won just two away matches all season, leaving them just four points above the relegation zone and a whopping 19 points adrift of their hosts.

However, the Blues will take confidence from the fact they are undefeated in the last eight top-flight meetings between the two.

Mesut Ozil and Alexis Sanchez have returned to the Arsenal squad after recovering from injury.

Mohamed Elneny is expected to make his home debut, but Francis Coquelin, Danny Welbeck and Tomas Rosicky, who played 45 minutes for the Under-21s on Friday, will have to wait a bit longer to return to action.

Eden Hazard should be available for Chelsea after a groin injury, while Diego Costa is also expected to play despite suffering a bruised shin against Everton last weekend.