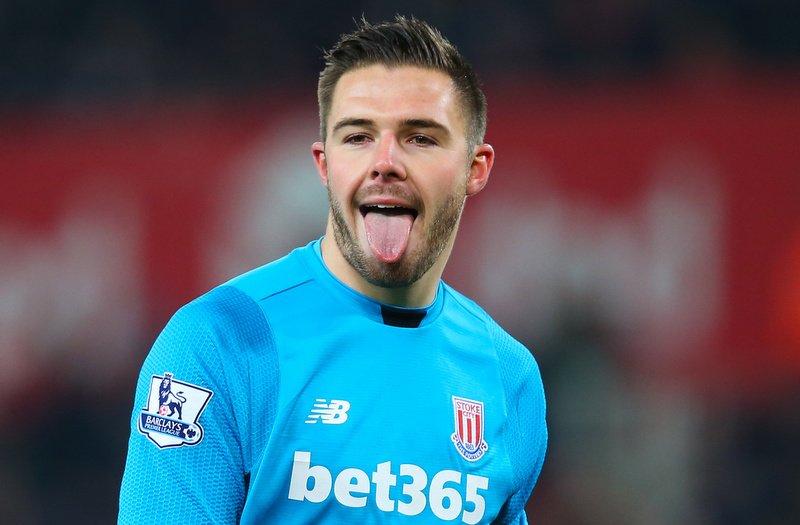 Arsenal are reportedly interested in signing England international goalkeeper Jack Butland, according to the Mirror.

The Premier League side, who have slipped to sixth spot in the top-flight standings following Saturday’s 3-1 defeat to West Brom, have been linked with the Stoke City shot stopper ahead of the forthcoming summer transfer window.

The 24-year-old, who has four international caps for the Three Lions, has not featured for The Potters’ first-team this season after fracturing his ankle against Germany almost 12 months ago.

Butland, who began his senior career at Championship club Birmingham City, before arriving at the bet365 Stadium back in January 2013, has kept 15 clean sheets in 46 appearances in all competitions for Mark Hughes’ side overall – conceding 55 goals.

The report suggests Gunners boss Arsene Wenger, who is set to stay on at the Emirates Stadium beyond the summer, wants a new ‘keeper ahead of the 2017-18 campaign, with David Ospina set to leave.