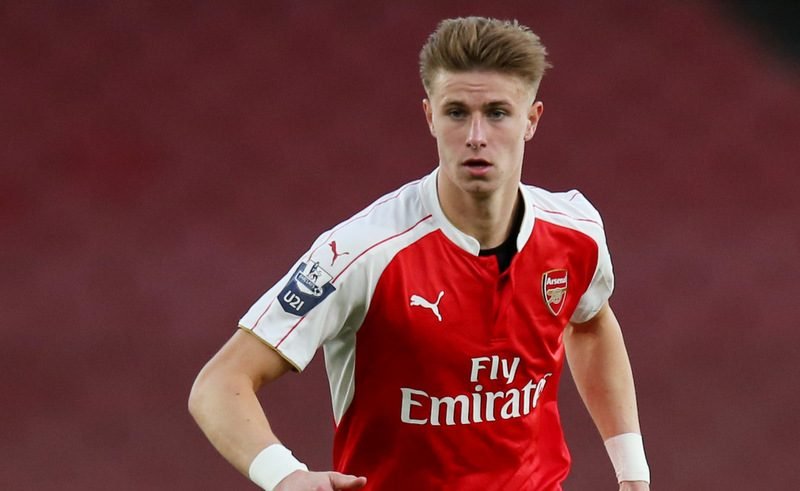 Arsenal have confirmed that highly-rated midfielder Ben Sheaf has signed a new contract, via the club’s official website.

The Premier League side, who have climbed up to second in the top-flight standings following Sunday’s last-gasp 2-1 victory at home to Burnley, have rewarded the youngster for becoming an integral part of Steve Gatting’s Under-23 squad.

The 18-year-old, who is an England Under-18 international after making his debut against the Netherlands back in September 2015, has made 12 appearances in the Premier League 2 so far this season.

Sheaf, who is yet to be handed his senior debut under first-team manager Arsene Wenger, joined the Gunners from Premier League rivals West Ham United back in 2014.

The defensive midfielder, who can also operate at right-back and centre-back, was part of the Arsenal squad that won the Durban Under-19 international football tournament in 2015, before being winning the Player of the Tournament honour.

Sheaf was named on the bench for Arsenal’s EFL Cup fixtures against Nottingham Forest and Reading this term.