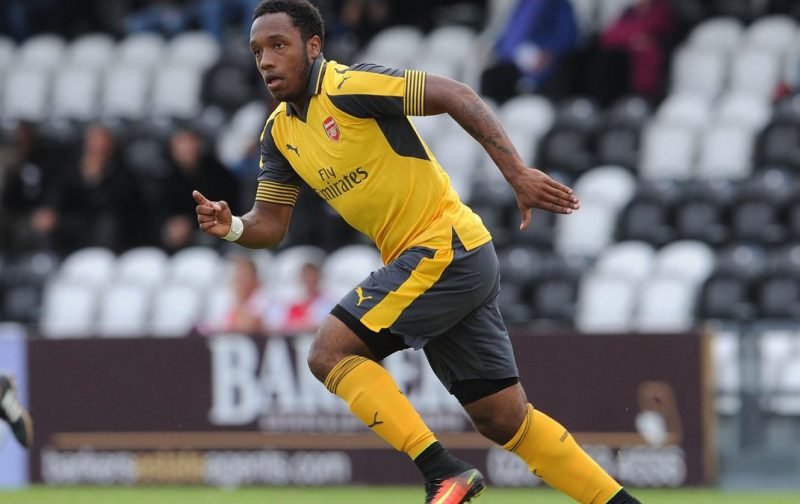 Arsenal youngster Kaylen Hinds has joined League Two side Stevenage on loan until the end of the season.

The youth academy product has established himself as a regular in Arsenal’s under-21 side and can now continue his development with the Boro.

Hinds is an under-18 England international. The striker registered some impressive performances last season and was on target six times.

Stevenage, who confirmed the signing on their website, currently lie 14th in League 2, seven points off a play-off spot.

As for incomings, Arsenal have been quiet on deadline day so far.
Arsene Wenger appears to be more concerned with his side’s Premier League showdown with Watford at The Emirates tonight.
A win could take Arsenal to within five point of league leaders Chelsea. Antonio Conte’s side travel to Anfield – three points for the Blues would almost certainly put an end to Liverpool’s title hopes.