The Premier League side, who finished sixth in the English top-flight last term, have been strongly linked with luring the Sampdoria star to the Emirates Stadium this summer.

The 22-year-old, who has three international caps for his country, scored four goals and provided one assist in 38 appearances in all competitions for the Serie A outfit last season.

Torreira, who joined the Italian side from Pescara for just €1.5m back in July 2015, has played 74 times overall for the club and is currently on international duty with Uruguay for the 2018 FIFA World Cup finals in Russia. 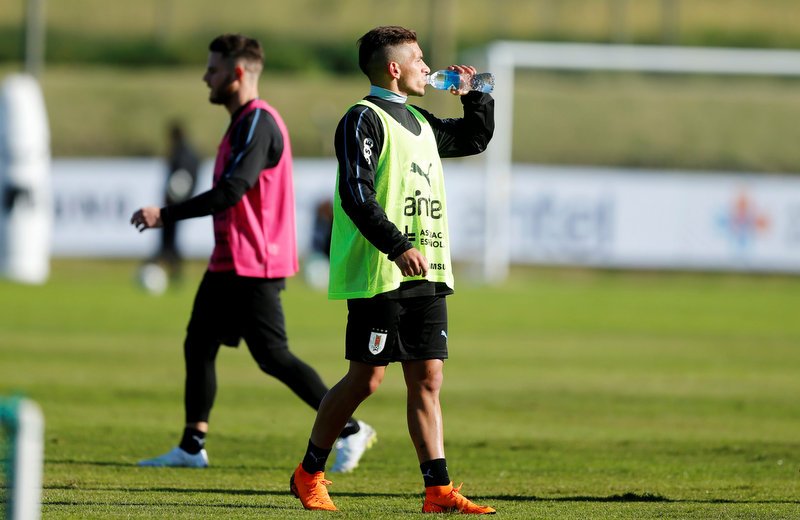 Lucas Torreira of Uruguay during a training session.

The Gunners have been tipped as strong favourites to land the Uruguayan ahead of the 2018-19 campaign, with the defensive central midfielder understood to have a £22m release clause in his current contract, which expires in June 2022.

However, Arsenal are thought to be willing to cough up an extra (£4m) to secure his signature, and Sky Italia journalist Fabrizio Romano tweeted that a deal has been completed, but he does not know when it will be announced.

He wrote, “is done mate! But I don’t know when will be announced,” to a Gunners supporter on Twitter when asked about the club’s pursuit of Torreira.

New Arsenal boss Unai Emery has brought in one player so far this summer, defender Stephan Lichtsteiner from Juventus.