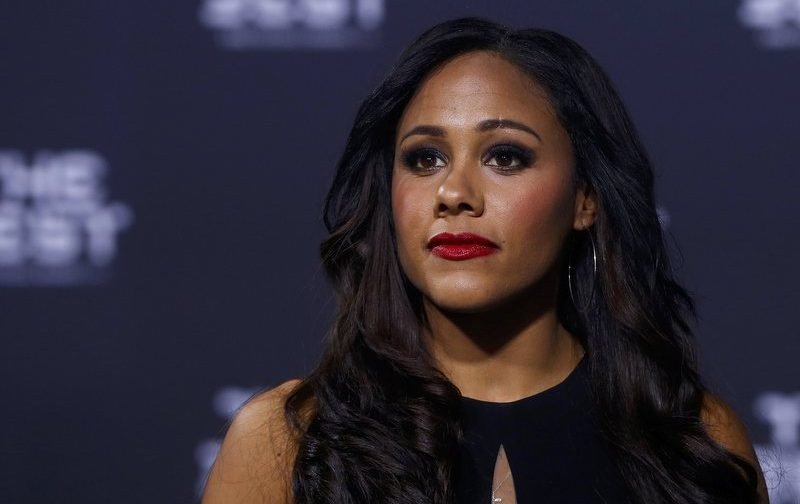 They shared their experiences at a press launch as the new Gameplan for Growth was revealed, detailing how the FA intend to double participation in the game by 2020, creating a sustainable and successful high performance system which will ensure England teams at every age group compete with distinction on the world stage.

“My mum would say, ‘Alex wants to be a footballer,’ and my mum’s friend would laugh, ‘Oh, she’ll grow out of it soon,'” recalled the full-back.

“I didn’t know there were women’s football teams out there, but I was lucky enough to be spotted. Now from that age group there’s a pathway.”

The FA plan to focus on creating a sustainable and successful high performance system and a talent pipeline to go along with it, increasing the number and diversity of female players, coaches, referees and administrators, and promoting women’s football as a fantastic sport to watch – or in which to invest.

We’re set on doubling the number of women and girls in football by 2020.

FA chief executive officer Martin Glenn admitted that the governing body had previously “let down” the women’s game, which had affected teams’ achievement at the highest level.

However, he said that he did not think it was helpful for him to apologise for those actions, saying, “I don’t think it’s worth dwelling on the past.”

Meanwhile Lionesses legend Smith added in the press conference, “I felt quite neglected as a national team player, the FA weren’t very supportive, and I know Hope Powell was banging her head against the wall sometimes asking for certain stuff.

“To be here today, a former player, and to see what the strategy is bringing to the women’s game is phenomenal.”