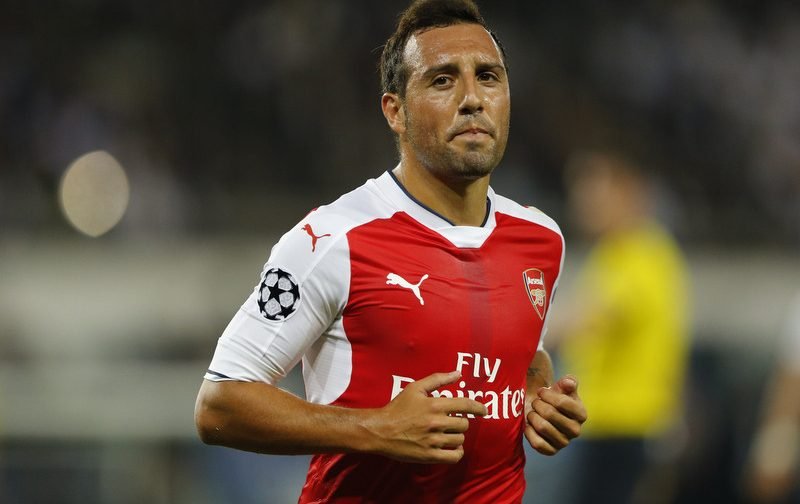 Arsenal star Santi Cazorla will miss the remainder of the 2016-17 season with an ankle injury.

The Spanish international midfielder, 32, has been sidelined since limping off during The Gunners’ 6-0 win over Ludogrets in the UEFA Champions League back on October 19, 2016.

Cazorla, who arrived at the Emirates Stadium back in August 2012 following his move from Malaga, has been restricted to just 11 appearances in all competitions this term – scoring two goals and providing three assists.

He underwent surgery back in December, but Arsenal boss Arsene Wenger will now be without the Spaniard for the rest of the current campaign, with the player now turning his attention to being fit for the following 2017-18 season.

As well as being a crucial player on the pitch, Cazorla is very popular among his team-mates off the pitch and will be a huge miss for Arsenal during the Premier League run-in, with The Gunners trailing leaders Chelsea by 10 points in fourth spot.

Instead, the central midfielder, who has scored 29 goals in 180 games for the North London outfit overall, will work towards regaining fitness for pre-season.