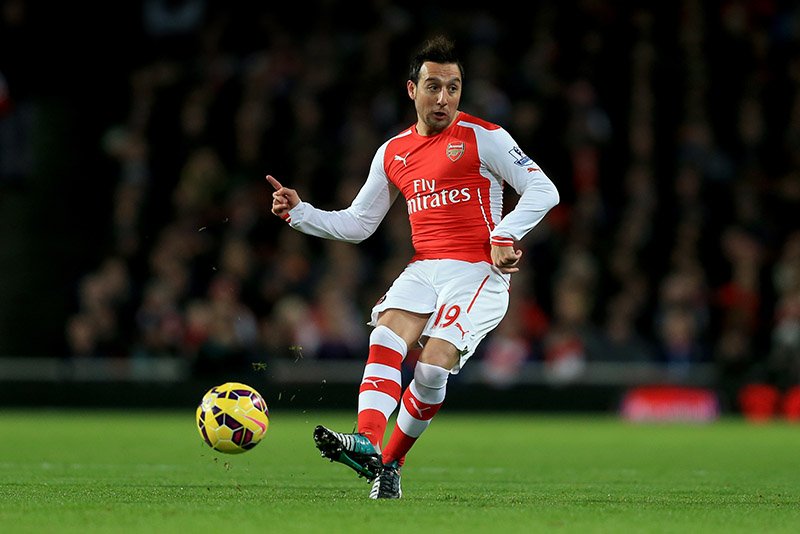 Whilst his contract situation is up in the air at The Emirates, seemingly pushed down the to-do list behind new deals for Alexis Sanchez, Mesut Ozil and, more recently, Alex Oxlade-Chamberlain, Arsenal’s midfield maestro Santi Cazorla celebrates his 32nd birthday today. So, first thing’s first – Happy Birthday from all at Shoot!

The Spain international arrived in north London from Malaga back in 2012 and has shared some great moments with The Emirates faithful over the last four years.

Signing from the La Liga side for £10m in the same summer as both Lukas Podolski and Olivier Giroud, the two time European Championship winner hit the ground running, bagging 12 Premier League goals in his maiden season in English football, playing in all 38 league games.

In his four years at the club the former Villarreal man has cemented his place in the Gunners midfield which, despite having the likes of Alexis Sanchez and Mesut Ozil in and around it, always looks poorer when Cazorla is missing.

The club have shared some of their favourite memories of the birthday boy, wishing him many happy returns and a speedy recovery.

A real character on and off the pitch

Have a great birthday, @19SCazorla – we’re looking forward to seeing you back in action soon pic.twitter.com/P5vJrBNl2L

We at Shoot! want to take a trip through the photo album since he arrived in the Premier League, here is his Arsenal career in pictures…