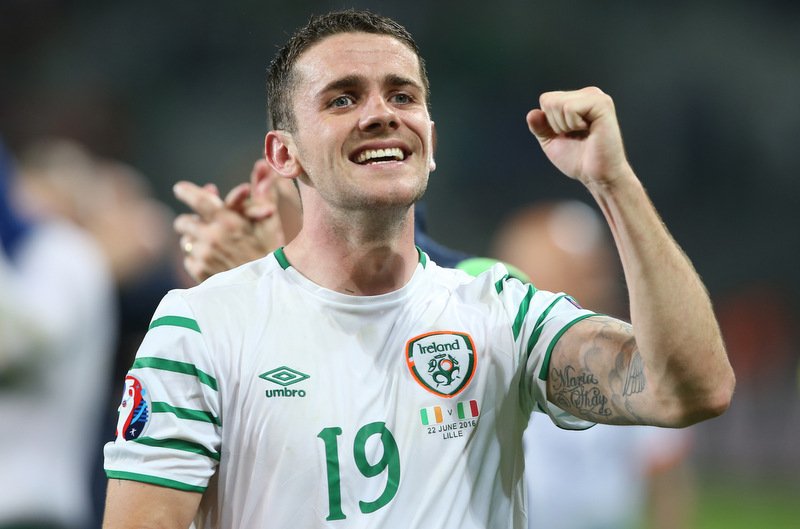 Aston Villa have reportedly lodged a £10m offer for Republic of Ireland international midfielder Robbie Brady, according to The Sun.

The Championship side, who currently sit 13th in the league table following their 1-0 win over Wigan Athletic at the weekend, have been linked with a move for the Norwich City winger ahead of the forthcoming January transfer window.

The 24-year-old, who has 31 international caps for his country and starred for Ireland at this summer’s European Championships, has scored three goals and provided four assists in 19 appearances in all competitions for the Canaries so far this season.

Brady, who came through the youth ranks at Premier League giants Manchester United, but made only one first-team appearance for the Red Devils, is wanted by Villans boss Steve Bruce to bolster his side’s promotion push heading into the second-half of the 2016-17 campaign.

The report adds that Villa are ready to offer the Irishman a lucrative £50,000-a-week contract to swap Carrow Road for Villa Park after the New Year.

Brady netted the winner against Italy (1-0) at Euro 2016, before also scoring Ireland’s consolation effort against hosts France (2-1) in the last-16.