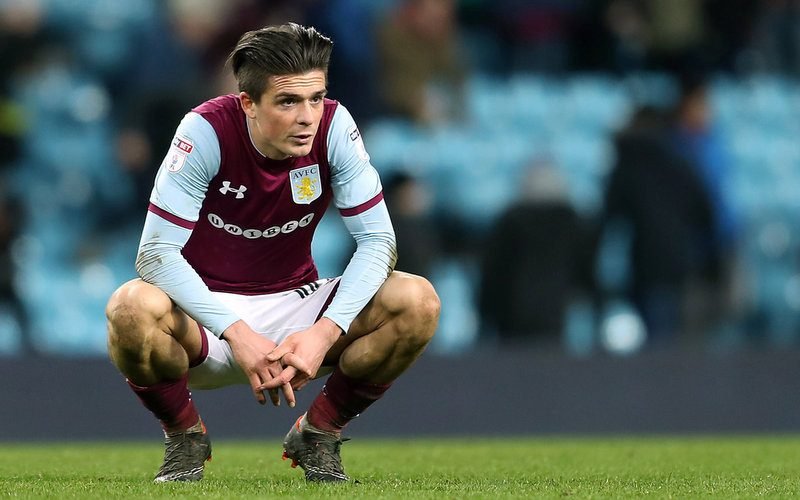 Aston Villa star Jack Grealish is thought to reject transfer to Manchester United for one key reason, according to ex-player Gaby Agbonlahor when speaking to Birmingham Mail.

Grealish has enjoyed an incredible season with Villa despite their relegation battle, by far and the way the shining light amongst the playing squad at the Midlands club.

The Birmingham-born lad has received praise from Manchester City boss Pep Guardiola and was widely tipped to make his international debut when the next set of fixtures came around.

Rumours have been circling for the last few months about a possible switch to Old Trafford, with United manager Ole Gunnar Solskjaer said to be keen on the attacking midfielder.

But ex-Villa striker Agbolahor has given one main reason why he believes Grealish will reject a move to the Premier League’s most successful ever team.

Agbonlahor was a real Villa favourite amongst the supporters.

“Villa will stay up and the club will be built around him again.

“He’s captain and he’s still posting photos of him at the academy when he started when he was six.”

“If I was the owner of Aston Villa at the moment, I’d just turn my phone off! If a player who’s so crucial to your team – like Jack is to Aston Villa – to get results, I’m not selling him.

“Selling a player of Jack’s calibre’s going to cost you much more in the long run. You may get a lot for him but you’ve got to stay in the Premier League no matter what, that’s where the money’s at.”