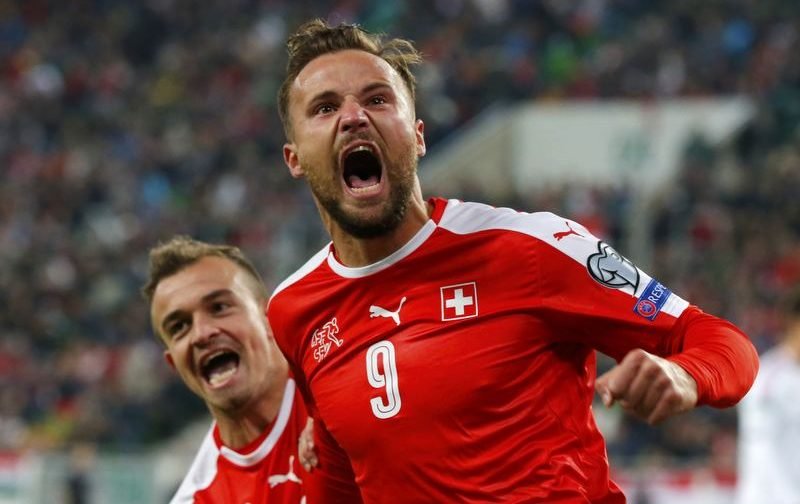 The Championship outfit, who defeated Queens Park Rangers 1-0 on Tuesday night to record their fourth successive league victory, have been linked with a summer swoop for the Eintracht Frankfurt forward.

The 25-year-old, who has 38 international caps for his country and featured at UEFA Euro 2016 last year, has scored just three goals in 21 appearances in all competitions for the 21 appearances for the Bundesliga side so far this season.

Seferovic, who is out of contract at Frankfurt come the end of the current 2016-17 campaign, although there is an option for him to stay an extra term, has netted 18 times for the German club overall following his arrival from Real Sociedad back in August 2014.

The report suggests Villa are scouting the Swiss striker ahead of the forthcoming transfer window, with the Championship side fearful of losing fellow forward Jonathan Kodjia, who has scored 18 goals in all competitions this season and drawing interest from potential suitors.