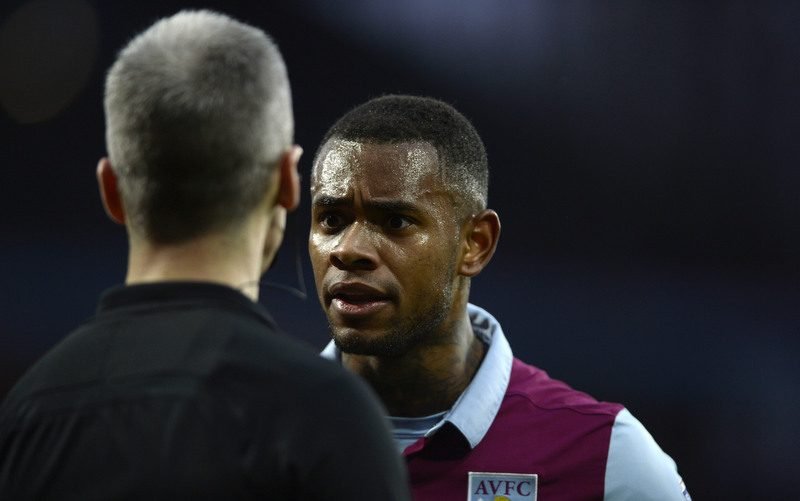 Aston Villa midfielder Leandro Bacuna has been handed a six-match suspension for abusing a match official.

The 25-year-old, who is an Curacao international, was involved in the incident during Villa’s 1-0 win over Derby County in the Championship last Saturday (February 25).

Bacuna, who joined the Villans back in June 2013 from Dutch outfit Groningen, has scored one goal and provided one assist in 25 appearances in all competitions for Steve Bruce’s men so far this season.

The midfielder, who can also operate at full-back, was sent off following an altercation with assistant referee Mark Russell in extra-time, barging the match official with his chest.

As a result of his first dismissal for the Villans, Bacuna will not be available to play for Villa until April 4, when they host Burton Albion at Villa Park, meaning he’ll miss fixtures against Rotherham United, Huddersfield Town, Sheffield Wednesday, Wigan Athletic and Norwich City.

He has already served one game of his ban after sitting out Tuesday’s 2-0 win over Bristol City.