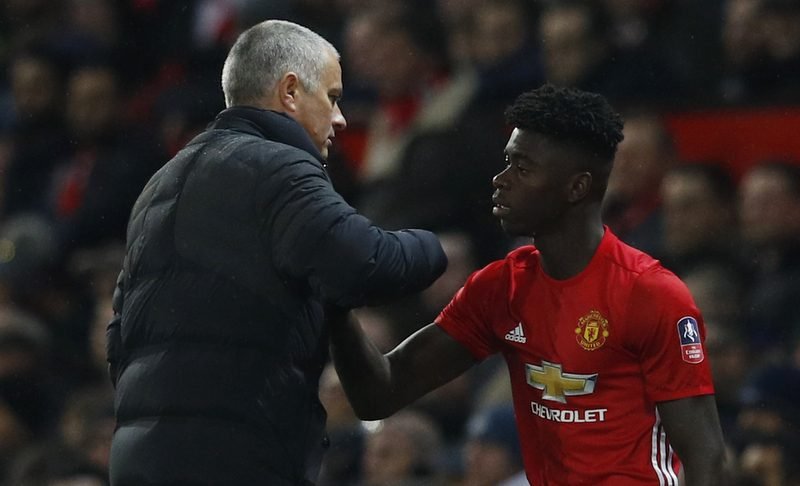 England Under-20 international defender Axel Tuanzebe has signed a new contract at Manchester United, keeping him at the club until June 2020.

The Premier League giants, who drew 0-0 against relegation threatened Hull City at Old Trafford on Wednesday night, have the option to extend his deal for a further year.

The 19-year-old, who has two international caps for England’s Under-20 side, was handed his first-team debut against Wigan Athletic during last weekend’s 4-0 win in the FA Cup.

Tuanzebe told the club’s official website, “I have always been a Manchester United supporter so I am naturally delighted to have signed a new contract.

“To make my debut at Old Trafford in the FA Cup was a very proud moment, both for me and for my family.

“I am learning every day in training and it is also a great experience for me to now train with the first team.

“I would like to thank all of the coaches that I have worked with and I would especially like to thank the manager for giving me my debut for this great club.”

Red Devils manager, Jose Mourinho, added, “Axel is a young player with great potential. We brought him up to the first team to give him more experience and he has adapted really well.

“I am pleased that he has signed a new contract and I am delighted with the progress he is making.”