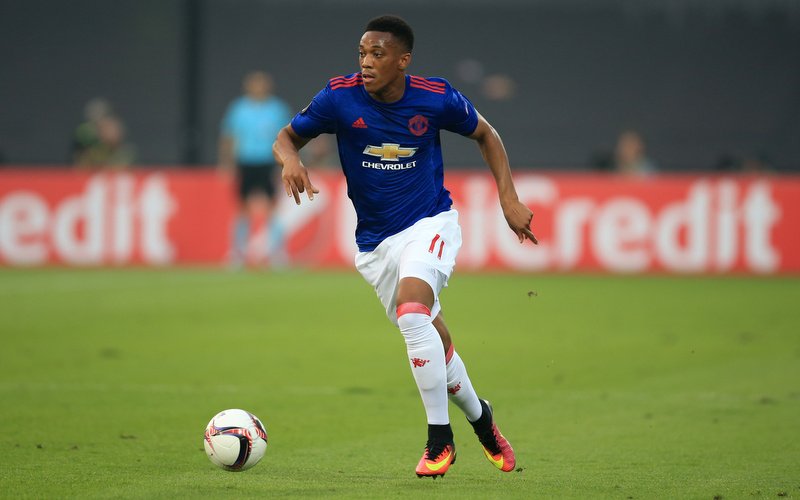 FC Barcelona and Sevilla have joined the chase to sign Manchester United forward Anthony Martial, according to Sport.

The Premier League side, who have won their last six top-flight fixtures in a row after defeating West Ham United 2-0 on Monday, are set to receive interest in the France international during this month’s transfer window.

The 21-year-old, who has 15 international caps for his country and featured for France at Euro 2016 last summer, has scored five goals and provided three assists in 18 appearances in all competitions for the Red Devils so far this season.

Martial, who arrived at Old Trafford back in September 2015 following his move from Ligue 1 AS Monaco in a deal worth up to £58m, is also said to be attracting interest from Premier League rivals West Ham this month.

The striker has lost his starting place in Jose Mourinho’s United squad, with summer signing Zlatan Ibrahimovic instead taking centre stage, netting 18 goals in all competitions since his free transfer.

With Martial restricted to a substitute role, the report suggests The Hammers have offered to take him on loan in a bid to aid his development, although Barcelona and Sevilla have since joined the race.