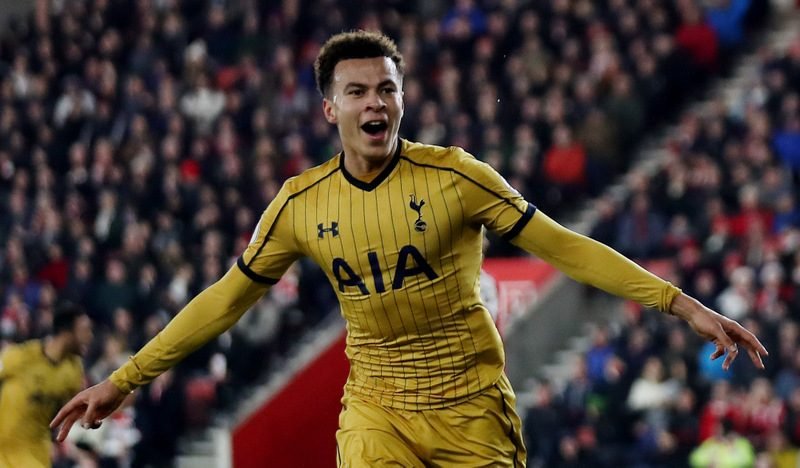 Manchester City manager Pep Guardiola is looking to bolster his core of English talent by prizing Dele Alli away from Tottenham this summer, according to Barcelona legend Xavi (via The Sun).

The former Catalans and Bayern Munich boss has endured a frustrating first season at the Etihad Stadium, which is set to become his first ever campaign in which he hasn’t won a trophy after his side lost 2-1 to Arsenal in the FA Cup semi-finals at Wembley on Sunday.

And with the Citizens out of the Champions League and 11 points behind Premier League leaders Chelsea, their attentions have turned to securing elite European football next term by finishing inside the top four.

Yet it appears that Guardiola is already planning for next season, and one man he reportedly wants at the Etihad is England star Alli, that is according to former Barca and Spain midfielder Xavi, who played under Guardiola during his highly successful spell at the Nou Camp.

Xavi said: ‘I speak with Pep, and I know he thinks it is important to sign English players.

‘At the moment the best English player there is and also one of the best in Europe is Dele Alli. We are looking at a very special player.

‘I am sure it is not going to be a player that Tottenham will want to let go, but we know Manchester City have big resources.’

These comments are sure to bring a smile to the face of many City fans as 20-year-old Alli has once again been in outstanding form for Tottenham this season.

The England international has scored 16 goals and laid on five assists in 31 Premier League games for Spurs, and won the PFA Young Player of the Year for the second successive year over the weekend.

Any deal is likely to be a world record one, but with there expected to be a big overhaul at City this summer, they are likely to back Guardiola ahead of what likely needs to be a trophy-laden campaign next time around.