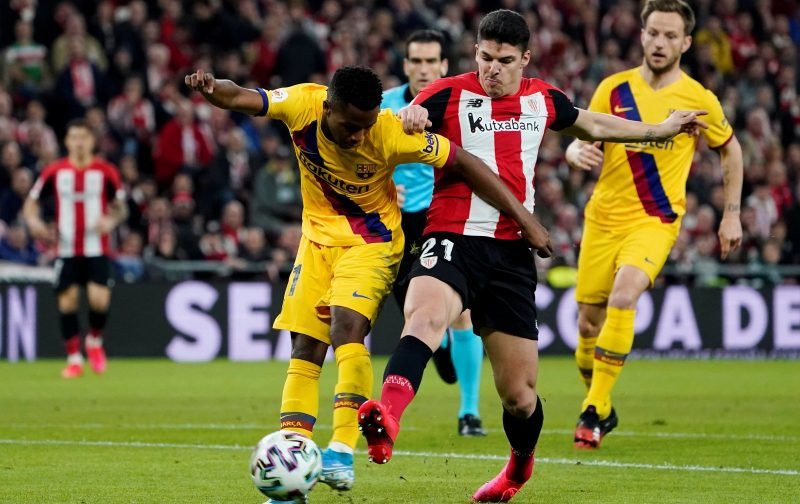 There have been strong links suggesting Manchester United will attempt to swoop for highly-rated 17-year-old Fati this summer.

Born in Bissau, but having already made two appearances for Spain U21, Fati is valued at over £130million by the Catalan club who see their winger as a big part of their future.

Despite this price tag, reports suggested United were lining up a mouth-watering bid for the youngster, but it seems there may not be much chance of securing the player.

Fati’s father Bori said: “We are enjoying life at Barcelona. But my son must be patient for his chances, as he is playing with the greatest footballer ever in Lionel Messi.

“The United links are not true, Ansu is happy here, he is following his dreams. He does not have to start every game, and he has Griezmann and Suarez ahead of him. Ansu has a lot of time.”