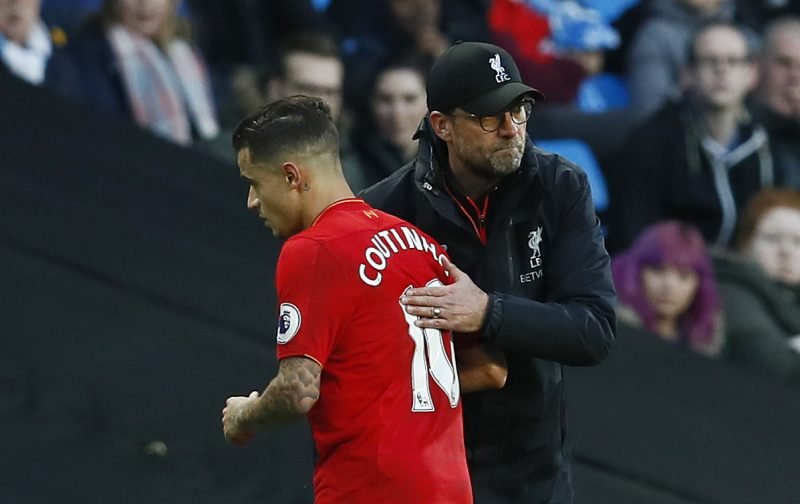 Spanish giants Barcelona are considering allowing midfielder Ivan Rakitic to join Premier League side Liverpool if it helps them secure a deal for Brazilian playmaker Philippe Coutinho, according to Don Balon (via The Liverpool Echo).

The Reds man has been linked with a move to the Nou Camp for a while now, and Catalans forward and Coutinho’s compatriot Neymar instigated further speculation by admitting that he would ‘like to have’ the 24-year-old at Barcelona.

And now it appears that the Barca hierarchy are willing to make that happen, although it may involve the departure of Rakitic to Anfield for the deal to take place.

The Croatian international has had an indifferent season by his such high standards, starting just 17 of their 28 La Liga matches so far, and given he appeared in 36 league games last term, it’s clear that manager Luis Enrique isn’t entirely pleased with the 29-year-old’s contributions this time round.

Thus, Rakitic, who has won two La Liga titles and a Champions League crown with the Spanish giants, could well be on the move this summer, and given that Manchester City were loosely linked with him a few months ago, there are sure to be suitors.

However, Liverpool may be the ones to receive the Croatian’s services should they firm up their interest in Coutinho, who has netted six goals and laid on five assists in the Premier League this season, albeit scored just once since the turn of the year.

Reds boss Jurgen Klopp would certainly lose one of his key attacking threats, yet he would gain one of the best central midfielders in the business – it’s definitely a deal that, should it go ahead, has its positives and negatives for both sides.