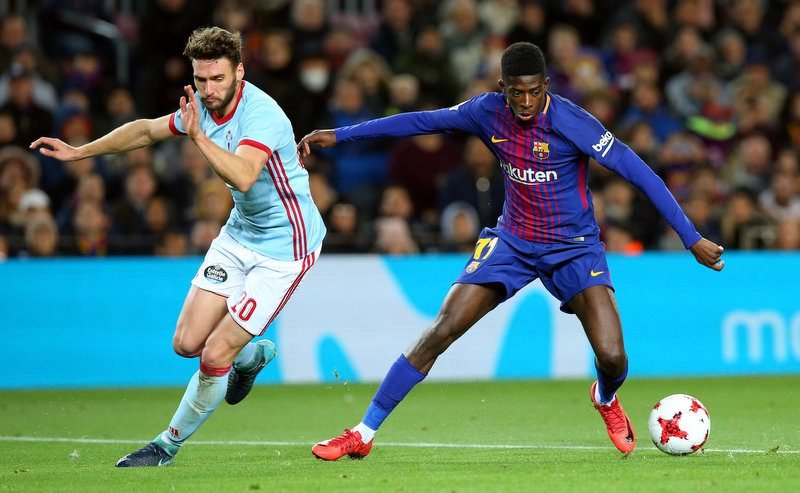 Since his arrival to the Nou Camp in 2017 from Borussia Dortmund, Dembele has found life tough going in Spain.

Mostly through no fault of his own, having suffered a long-term injury shortly after joining the Catalan giants and being in and out of the side ever since.

Anthony Martial has teamed up with Dembele many times for France.

However, there is no doubting the France international’s talent, and when he is on song, there are very few defenders who would be able to live with him.

United fans will be ending the weekend on a high, as Sport reports that Dembele has chatted to international team mate Martial about life at Manchester United and could be considering a move.

It’s not just United who are interested in the 20-year-old, with separate reports suggesting Arsenal could challenge United for the winger’s signature.