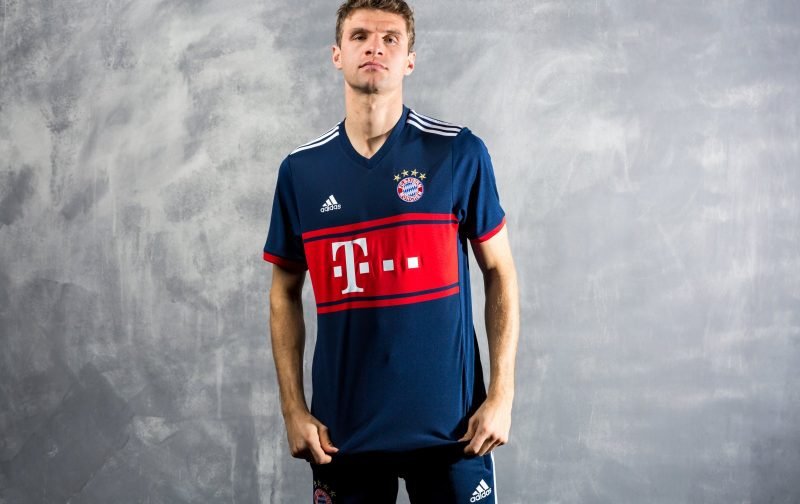 adidas Football and German champions, FC Bayern Munich, have revealed the club’s new away kit for the 2017-18 season.

The new navy kit with red stripes has been released to coincide with the twentieth anniversary of the club switching its home jersey from red to navy.

The design will be recognisable to fans of the Bundesliga champions, as it is based on one of the club’s most loved kits. Notable among them was a famous celebration by former player Giovane Elber in a 1999 game vs Wolfsburg, where he wrapped himself in a carpet at the side of the pitch. 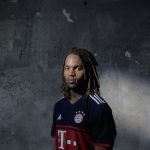 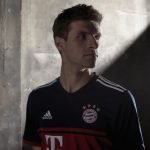 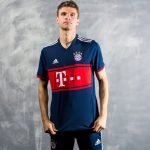 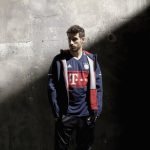 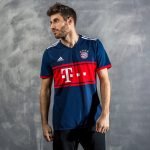 The adidas design team sought to channel the creative spirit behind this moment in a shirt that will be worn as FC Bayern look to win a sixth straight German title next season.

The new away jersey combines this striking design with the latest adidas Football technology. An example of this design-meets-performance approach comes with the red stripe across the shirt. It is made of a highly breathable mesh material, allowing for better air circulation keeping players cool and on top of their game in any conditions.

The kit is available to purchase in the FC Bayern online store, in adidas global retail stores, the adidas online shop and all FC Bayern fan shops now.