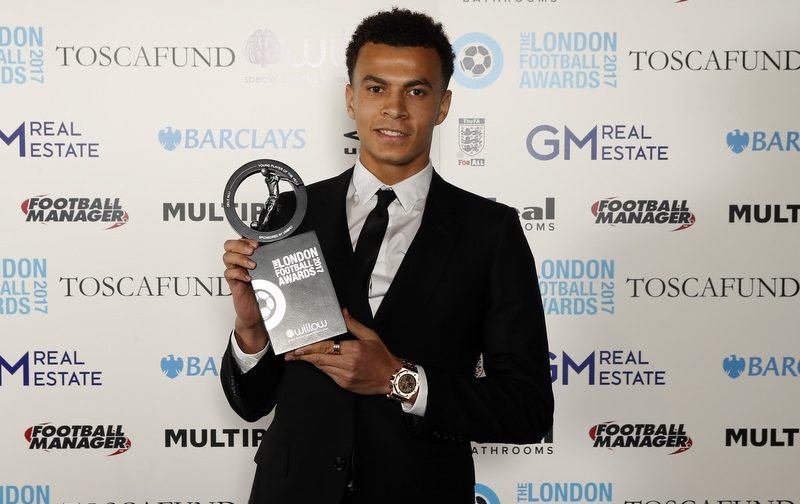 Bayern Munich are the latest European giants to show an interest in England international star Dele Alli, according to the Mirror.

The Bundesliga champions, who currently sit four points clear at the top of the German top-flight, have been linked with a summer raid for Tottenham Hotspur’s key midfielder.

The 20-year-old, who has 15 international caps for the Three Lions, has impressively scored 14 goals and provided six assists in 36 appearances in all competitions for Spurs.

Alli, who arrived at White Hart Lane back in February 2015 following his move from League One outfit Milton Keynes Dons, is also said to be interesting fellow European heavyweights Real Madrid, FC Barcelona and Paris Saint-Germain.

The report suggests Carlo Ancelotti’s Bayern are keeping close tabs on the English ace, who won the Young Player of the Year at the London Football Awards this week.

However, Alli is contracted at Spurs until June 2022 after putting pen to paper on a new long-term contract back in September.