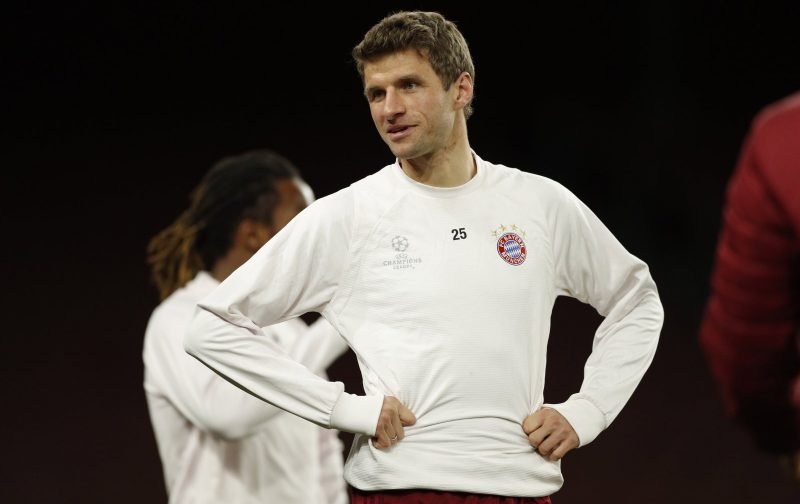 Manchester United have been handed a huge boost in the chase for Bayern Munich striker Thomas Muller, who the club have chased previously.

According to the reports from Mundo Deportivo (via Manchester Evening News), the Germany international is interested in the chance to work with manager Jose Mourinho at Old Trafford, having seen his playing time reduced under the guise of Carlo Ancelotti at the Allianz. The 27-year-old, who made 31 Bundesliga appearances under Pep Guardiola last season, has made just ten this time around scoring just five.

Although his numbers have fallen this season, the World Cup winner’s overall goal scoring record is remarkable, scoring 157 goal in nearly 400 games, largely from a supporting role.

Furthermore, the club have a history of pursuing a deal for the Bayern man, having had a then world record offer snubbed by the German champions in the summer of 2015.

With Muller’s standing dwindling at the Allianz, this deal looks to be one which could work for all involved.