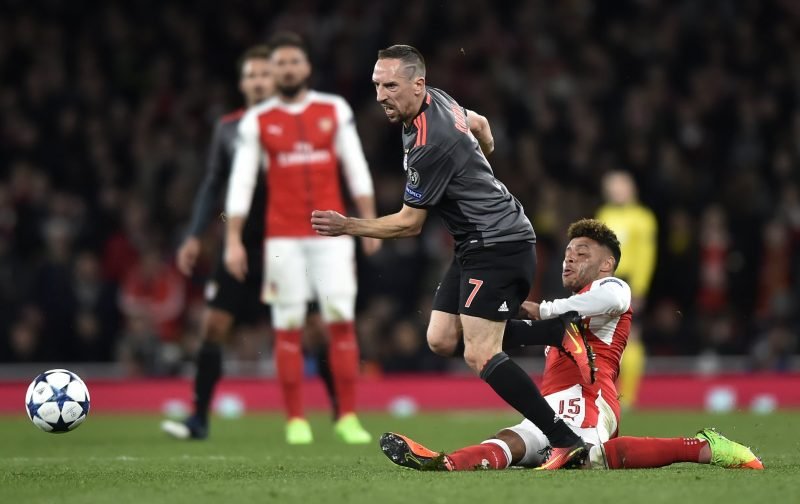 Bayern Munich star Franck Ribery has admitted that he rejected offers from England and a host of other top sides to remain at the German giants, according to Kicker (via the Metro).

The French international left his homeland to join the Bundesliga outfit back in 2007, and has since then gone on to play 343 times for the club, netting 109 goals.

33 of those came in his first two campaigns for the five-times European champions, and it was back then when Ribery admits he turned down several offers from elsewhere to remain at the Allianz Arena.

He told Kicker: ‘Of course I thought about a move.

‘In 2008 or 2009, every big club wanted me: Juventus, Inter, Milan, Barca, Real, Chelsea, Manchester… I’ve now been here for 10 years and have won everything. My family is doing well and I am happy.

‘I have always said Bayern are my last club in Europe.’

This will come as frustrating news to many Chelsea, Manchester United, and Manchester City fans, as the 33-year-old was at the time one of the best wingers in the world, and has since then gone on to win six Bundesliga titles, as well as the Champions League back in 2013.

Ribery hasn’t appeared as many times this term, starting just nine of Bayern’s 25 Bundesliga matches, yet has still scored three goals and laid on seven assists to help Carlo Ancelotti’s men open up a 13-point lead at the top of the table.