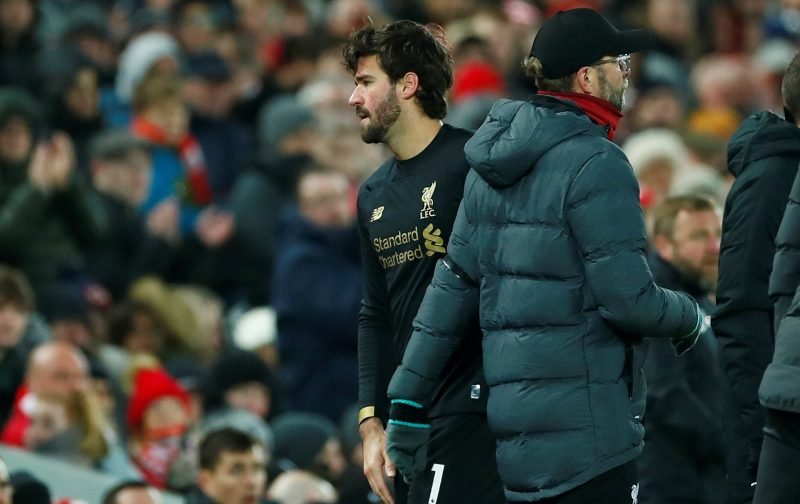 BBC Pundit Pat Nevin has criticised Liverpool goalkeeper Alisson for picking up a red card in his side’s narrow 2-1 win over Brighton & Hove Albion on Saturday.

The Brazilian was sent off midway through the second half after handling the ball outside the area to stop a Leandro Trossard lob from heading goal-bound.

Jurgen Klopp’s side led 2-0 at the time through a Virgil van Dijk brace, but Lewis Dunk’s goal immediately after Alisson’s dismissal resulted in the Reds having to cling on for a vital three points.

And Nevin, who was covering the game for BBC Sport, said the 27-year-old stopper nearly cost his team.

“I don’t think he has to come out of his area there,” said the ex-Everton winger.

“To go and get yourself sent off in that situation is absolutely ridiculous. If you run out like that you have to win the ball. there is no argument, he knew what he was doing. He has done everything wrong.”

The victory coupled with Manchester City’s 2-2 draw at Newcastle United extends Liverpool’s lead at the top of the Premier League to 11 points.

Klopp’s side have equalled a club-record of 31 unbeaten top-flight matches in a row and have collected 40 points from a possible 42 this term.

Leicester City could close that to eight points if they beat an out-of-form Everton at the King Power Stadium on Sunday.