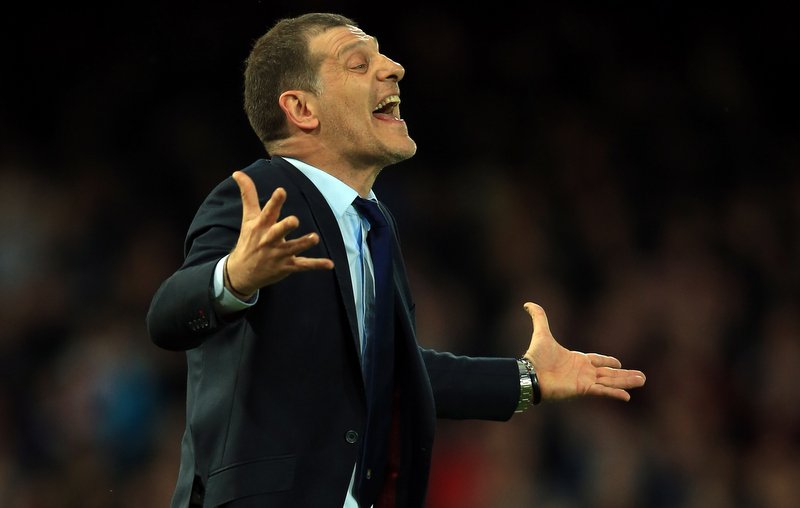 West Ham host Pep Guardiola’s Manchester City on Wednesday (7.45pm kick-off) in what will already be their second meeting of 2017.

The two sides clashed in the third round of the FA Cup at the London Stadium back on January 6, with the Citizens running out 5-0 winners thanks to goals from Yaya Toure, David Silva, Sergio Aguero, and John Stones, as well as an own goal from West Ham’s Havard Nordtveit.

Nonetheless, Slaven Bilic’s Hammers have since then won both of their Premier League matches, with a commanding 3-0 win over Crystal Palace on January 14 followed by an equally-impressive 3-1 success at Middlesbrough last time out.

Those two wins have propelled West Ham into the top half of the table, although they’ll have a battle on their hands to record a third straight win when they face City on Wednesday.

Since their 5-0 win in East London on January 6, Guardiola’s men have lost at Everton, drawn at home to Tottenham, and beaten Crystal Palace in the FA Cup, so it’s not easy to gauge exactly where the Manchester club are at present.

However, they have some outstanding players who can win a game on their own, so it’ll be tricky for Bilic’s men on Wednesday, although they’ll know that victory could take them up to ninth in the table.

It’s been a while since West Ham last played, ten days to be exact, so Bilic could make a few changes to his starting eleven – thus, here are THREE players who deserve a chance against Man City on Wednesday…