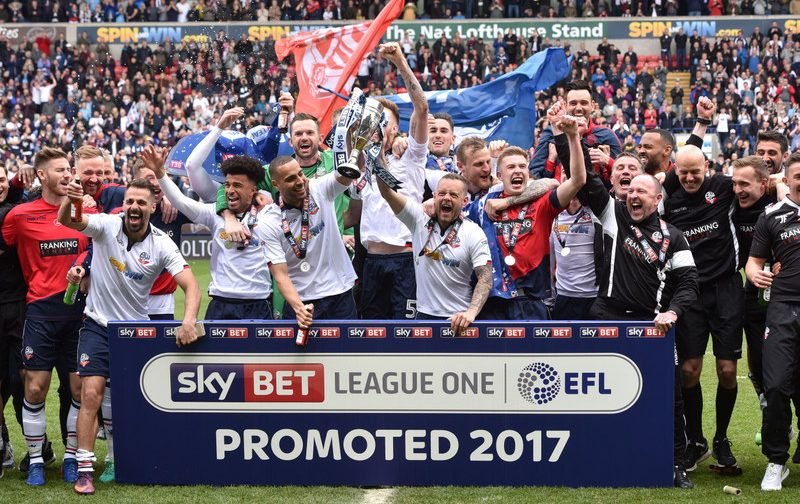 Bolton Wanderers’ immediate return to the Championship was sealed by efficiently defeating Peterborough United 3-0 at the Macron Stadium on Sunday afternoon.

Phil Parkinson’s men needed a solitary point to confirm promotion, however they did it in emphatic style in front of the Sky TV cameras on the final day of the League One season.

As Bolton looked to assert their authority early on in proceedings, they were reduced to half chances, with Karacan skewing wide, and Gary Madine planting an effort straight at goalkeeper Luke McGee.

With 21 minutes on the clock, Bolton gained the all-important breakthrough, courtesy of Karacan, who met Dervite’s pinpoint cross from the right to exquisitely guide his volley beyond the static McGee into the bottom right-hand corner, when unmarked inside the penalty area.

Grant McCann’s Peterborough side were intent on spoiling a promotion party in the making, but whenever the men from London Road aimed to make in-roads towards the Bolton goal, they were subsequently thwarted by the Trotters’ resilient backline.

Tom Nichols had two opportunities to draw the Posh level, though with the goal at his mercy on both occasions, the forward was denied by valiant challenges from firstly Mark Beevers, and then Wheater, which preserved the hosts’ slender lead.

Bolton almost doubled their advantage in the closing stages of the first-half, but when the industrious Madine met Josh Vela’s cut-back from the right, he was denied by McGee’s sprawling save with his feet.

When play resumed for the second-half, Chris Forrester’s long-range drive for the visitors was fumbled by ‘keeper Mark Howard, before being cleared up at the second attempt. 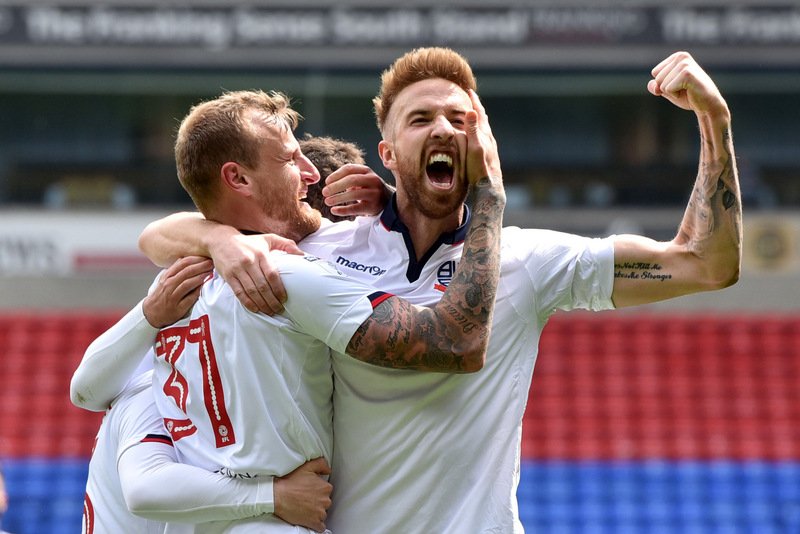 But it was always going to be Bolton’s day, as central defender Wheater got the party in full swing when he added Wanderers’ second with 52 minutes played.

Filipe Morais’ floated corner from the right was followed by a brief game of head tennis, before Le Fondre flicked the ball on for Wheater, who turned his header into the net – his ninth goal of the season.

Bolton were on the hunt to increase their ascendancy even further, Beevers was the first to react to a loose ball to thump a shot from just outside the area, which stung the palms of McGee.

Playing with the confidence and swagger of a team who were closing in on promotion back to the second-tier, it was soon to be three for the Greater Manchester outfit, when Le Fondre galloped onto Vela’s through ball to slam beyond a helpless McGee into the top left corner with 14 minutes left.

Creating chances at will, Bolton were turning on the style in front of their buoyant faithful, Le Fondre and Madine both saw openings go begging during the dying embers, but the celebrations were already underway.

When referee Scott Duncan called time, a mass pitch invasion from all four corners of the ground commenced. Wanderers can look forward to trips to the likes of Sunderland and Aston Villa next term, after finishing as runners-up behind Sheffield United in the third-tier.