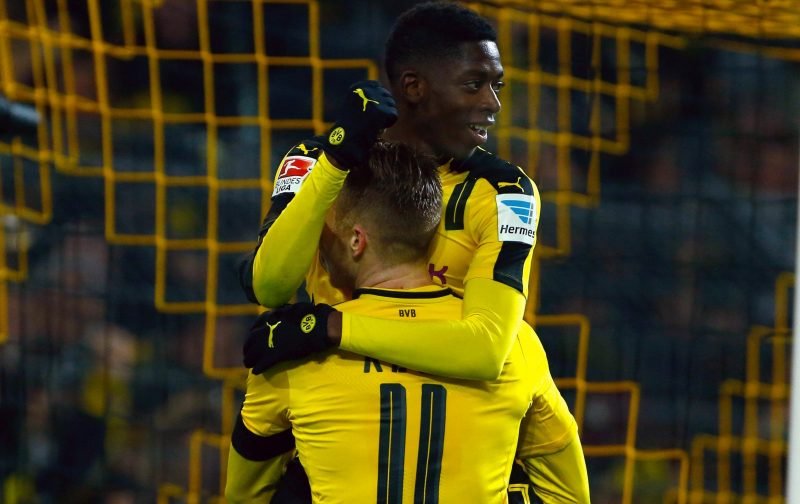 Borussia Dortmund youngster Osumane Dembele turned down offers from both Liverpool and Leicester City last summer, in order to join the German club, according to Pete O’Rourke.

The reporter claims that Dembele, who joined the German giants from Stade Rennais last summer for a fee of just under £13m, snubbed both Premier League sides, with the Foxes the reigning champions, in favour of a move to the Bundesliga.

Since arriving in Germany, the France international, who has three caps to his name, has netted six goals and picked up 14 assists in all competitions, something the now relieved Claudio Ranieri could have done with at the King Power this term.

The 19-year-old has hit the ground running in the German top flight, having been involved in all bar one of Thomas Tuchel’s league games this term, as well as making a mark on the European stage.

The former Liverpool target notched one goal and bagged a hat-trick of assists in a thrilling 8-4 win over Legia Warsaw.