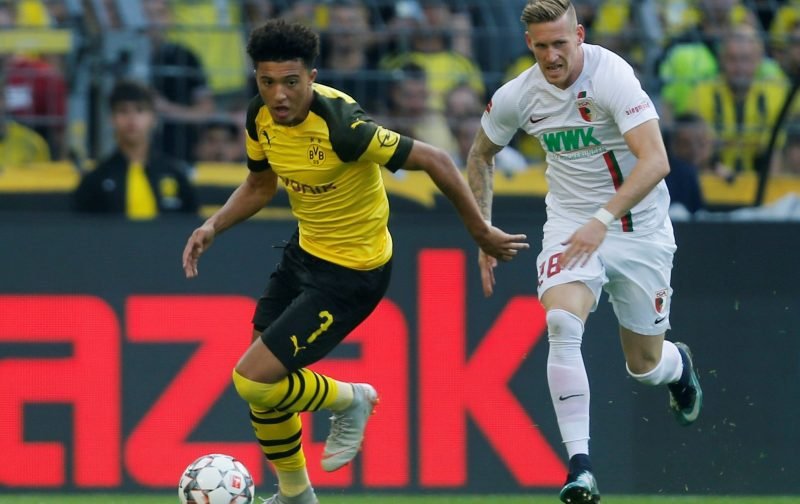 Borussia Dortmund will only let English teen sensation Jadon Sancho leave the club for at least £100m, according to The Sun.

The 18-year-old has sparkled for the Bundesliga leaders this season and became the first player born this century to be included in the England squad, with Gareth Southgate selecting him for the Nations League matches against Croatia and Spain.

Manchester United, Arsenal, Liverpool, Chelsea and Tottenham are all keen on brining the former Manchester City forward and and U-17 World Cup winner back to the Premier League.

However, Dortmund would only even consider a fee similar to the initial £96.8m they received from Barcelona for French winger Ousmane Dembélé in 2017.

Despite six of his seven league appearances coming from the bench, Sancho leads the assists charts in Germany with six and has scored once.