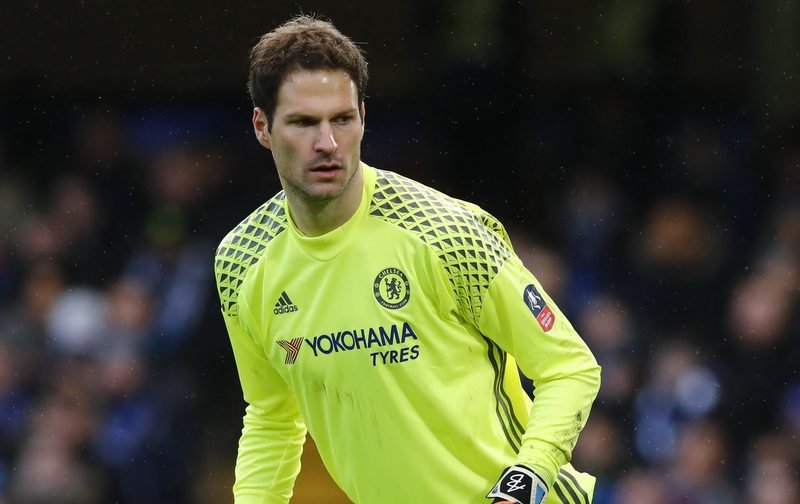 Eddie Howe’s Bournemouth are lining up a £12 million deal to capture Chelsea goalkeeper Asmir Begovic this summer, according to The Guardian.

The Cherries have once again produced a wonderful season in the Premier League to comfortably beat the drop, they currently sit tenth in the division with a final day clash at Leicester to follow, but there have again been concerns about their defensive capabilities.

Howe’s men have conceded 66 goals in their 37 league matches this term, which is by far the most of any team in the top-half of the table, and a tally only better than 17th place Swansea City (69), and 18th place Hull City (73).

And the Bournemouth boss looks set to address that issue with the capture of Bosnia international Begovic, who started in Chelsea’s 4-3 victory over Watford on Monday night, and will be pushing for a start in their final game against Sunderland on Sunday, after which Antonio Conte’s men will get their hands on the Premier League trophy.

And despite only playing twice in the top-flight for the West London side this term, the club have confirmed that Begovic will receive a winner’s medal, owing to the importance of a back-up goalkeeper.

The 29-year-old has been the number two to the outstanding Thibaut Courtois for the majority of the campaign, and even looked set for a move to the South Coast in the January transfer window only to be set-back as the Blues were unable to get a replacement in before the deadline.

Thus, Howe and Bournemouth are reportedly eyeing up a £12 million swoop for the shot-stopper this summer, with regular first team football and the chance to remain in the Premier League a likely selling point for Begovic, who has made just 19 league appearances for Chelsea since moving to Stamford Bridge in 2015.