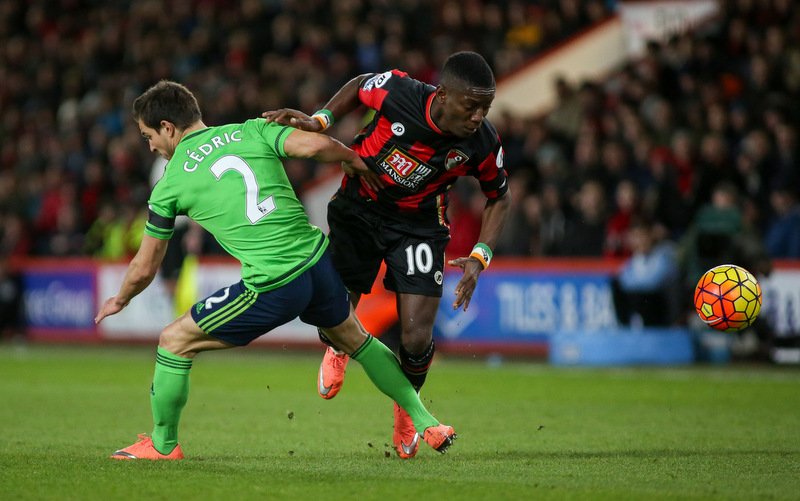 Bournemouth winger Max Gradel has been spotted in Hull ahead of a potential move to join the struggling Premier League side on Deadline Day.

One young football fan shared an image on twitter of the tricky Cherries man, who he snapped in a Nandos in the city.

The former Leeds United man has fallen by the wayside on the south coast this season, making just seven appearances in all competitions, scoring once, and hasn’t started a single Premier League game this term.

The Ivory Coast international, who has returned from the Africa Cup of nations, has been linked with a move to the Tigers and could be one of a number of late deals new manager Marco Silva is looking to get over the line today.

The 29-year-old, whom Eddie Howe signed upon the Cherries’ return to the Premier League in 2015, has scored eleven goals in 56 appearances for the south coast side, and could now be crucial to Hull’s battle to stay in the top flight.