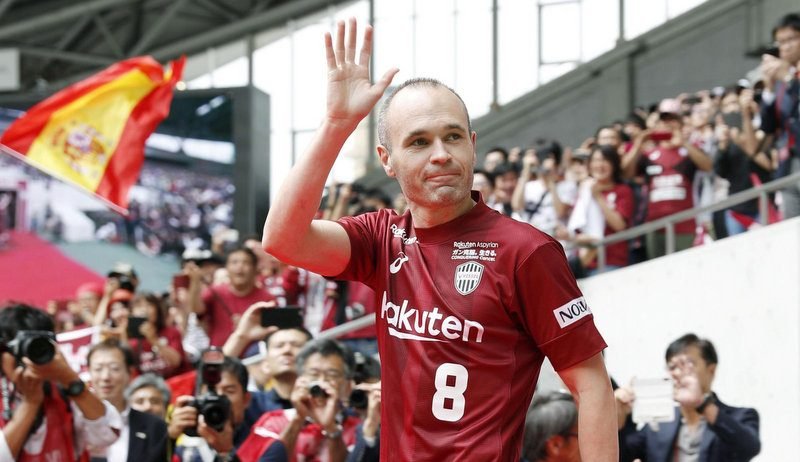 The 34-year-old, who left La Liga champions Barcelona after 22 years of service earlier this summer, netted his first goal for his new club during his side’s 2-1 victory over Jubilo Iwata on Saturday.

Iniesta brilliantly controlled ex-Arsenal forward Lukas Podolski’s piercing through ball, before rounding the goalkeeper to open the scoring in the 15th minute.

The FIFA World Cup winner demonstrated immaculate ball control, composure and skill to open his account for Vissel Kobe, who have risen up to fourth in the Japanese top-flight table.

At 34-years of age, Iniesta has certainly not lost any of his world class ability just yet! What a legend.